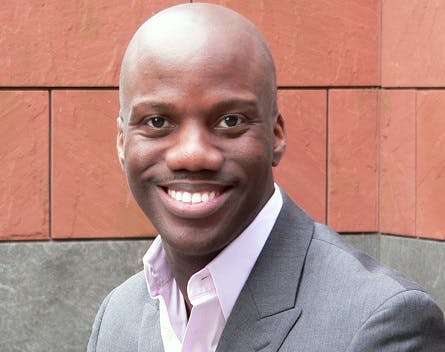 In a large-scale study of Black and Latino male high school and college students from New York City, a University of Pennsylvania research team found that consistently high expectations expressed by parents and other family members are among the major factors students in the study attributed to their academic success and college readiness.

Released earlier this week by the Center for the Study of Race and Equity in Education at the University of Pennsylvania, Succeeding in the City: A Report from the New York City Black and Latino Male High School Achievement Study is expected to help stakeholders, including parents and families, urban high school teachers, high school guidance counselors, principals and other high school leaders, and postsecondary professionals, establish practices and programs that will facilitate academic success among Black and Latino male students.

Other major success factors cited by students in the study included having a desire to escape poverty and having meaningful relationships with caring teachers and other adults in their schools. In addition, many of the students cited that they had cultivated personal reputations that exempted them from being targeted for gang recruitment.

“We wanted to understand how was it that [the students] were able to still maintain their academic focus and become college-ready and develop college aspirations,” said Dr. Shaun R. Harper, the director of the Center for the Study of Race and Equity in Education and a University of Pennsylvania education professor.

The new report, which was made possible by a grant from the Open Society Foundations, is the first for the New York City Black and Latino Male High School Achievement Study project. The study project focuses largely on the 40 New York City high schools that participate in the city’s Expanded Success Initiative (ESI). Launched in 2012, ESI is designed to increase college and career readiness among the city’s Black and Latino males and is a component of the city’s Young Men’s Initiative, the nation’s most comprehensive effort to tackle the broad disparities slowing the advancement of Black and Latino young men.

Harper explained that the study was produced through analysis of interviews with 325 high school juniors and seniors enrolled in 40 New York City public high schools and 90 college students, who had graduated from the same high schools. Study participants had maintained a 3.0 grade point average or higher, were involved in multiple school activities, planned to enroll in college and had taken courses that would qualify them to pursue a college education.

Led by Harper, a team of 13 researchers, who were largely graduate education students, undertook the study to learn how “college aspirations were born” in minority male students who were attending “low resource” schools. “On average they are 94 percent Black and Latino and have a really high proportion of number of free and reduced lunch recipients,” Harper noted.

“The students came largely from neighborhoods that they characterized as violent, and they talked a lot about crime in their neighborhoods,” he said.

Among the college students surveyed in the study, 75 percent sought admission only to public colleges in New York because those schools were the only higher education institutions to which the students had prior exposure. Students generally reported that they felt intellectually prepared for college, but few of them had established significant relationships with professors, the study said.

While the college students generally believed their intellectual preparation was sound, many indicated that they were having trouble navigating the college academic environment, including meeting deadlines and effectively studying. The study found that 45.6 percent of the college students were earning a cumulative GPA of 3.0 or above.

Shawn Dove, the Open Society Foundations manager of the Campaign for Black Male Achievement, said the “study is a contribution to a growing wave of work that really focuses on the assets and what’s working, and not necessarily the deficit data.” He added the findings and recommendations will be incorporated into the city’s Expanded Success Initiative.

As the director and founder of the University of Pennsylvania’s Center for the Study of Race and Equity in Education, Harper is a leading expert on the education of minority males. Last year, he garnered significant attention for a national study that investigated successful Black male college students and documented the factors that led to their accomplishments. Harper has recently finished a comprehensive 50-state policy report on access and equity for Black undergraduate men at public colleges and universities for the Congressional Black Caucus.