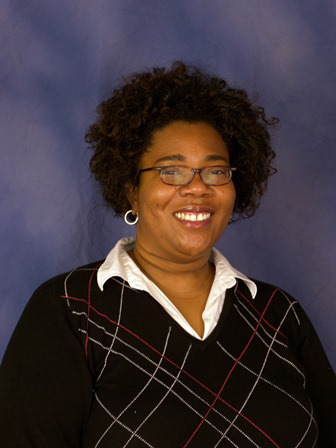 Dr. Natalie T.J. Tindall, associate professor and co-graduate director/area director in the department of communication at Georgia State University, was one of the participants in the Twitter discussion.

An online exchange about the challenges, sacrifices and support systems involved in pursuing a doctorate and life in academia reveals mutual frustrations as well as senses of satisfaction for African-American women.

During a Twitter conversation yesterday on “Black Women + the Ph.D.,” hosted by TTG+Partners, a communications consultancy that produces monthly Twitter chats to foster communication on diversity and equity issues in higher education, Dr. Natalie T.J. Tindall, associate professor and co-graduate director/area director in the department of communication at Georgia State University, and Dr. Danielle N. Lee, a postdoctoral research associate in the department of zoology, tweeted with numerous women of color with doctorates about the experiences of Black women in the academy and on the Ph.D. track.

“There’s an isolation that happens among Black women with Ph.D.s, especially in academia,” said Tia Gordon, founder of TTG+Partners.

The chat, which TTG conducted with media partner Politic365, posed questions that were met with insightful answers, such as, “What is the number 1 quality anyone needs to persist to a Ph.D.?” and “What stereotypes have you confronted as a Black woman pursuing and receiving your Ph.D.? What kinds of -isms have you experienced?”

“Women in academia, but especially Black women in academia, don’t really get a chance to discuss these things because it’s always about the grind,” Tindall told Diverse after the Twitter chat. “When we find spaces that we can, it all sort of bubbles up to the surface.

“Sometimes, people don’t feel a welcoming space to talk about these things or have the discussion or even ask questions about, ‘How do you find a mentor?’ when traditionally everybody has a mentor in a graduate program,” Tindall continued. “Even in that one-hour chat it was creating a community of people who could help [and] relate to [each other], give advice and [let] them know they are not alone. There’s a level of shared involvement.”

A sense of community is essential to survival and that community may not be in close proximity. To that end, social media have become a lifeline for many.

“What we have now through social media, Twitter and blogs is students can interact with their bibliography in real time as opposed to fingers crossed trying to catch someone at a conference,” said Lee before the Twitter chat.

During the chat, Tindall and Lee were asked about their motivation to pursue doctorates and how having the degree has changed their lives.

Lee initially pursued a Ph.D. because she planned to be a college professor and such a degree was necessary. As her studies unfolded, she found she was much more interested in research than teaching, although she doesn’t exclude the possibility of teaching in the future.

“A Ph.D. is an individual who formulates and tests his or her own hypotheses,” said Lee, who is about to begin a new position at Cornell University. “Getting a Ph.D. equipped me with the training and the tools necessary to do that. … Getting a Ph.D. helps you become an independent science thinker.

“That’s why I got a Ph.D.,” she continued. “Not just the job at the end of the tunnel, but it’s about the skills and what it equips me to do. For me, it was absolutely worth it.”

Both Lee and Tindall said they are single with no children. Lee said that independence was crucial to her success, tweeting, “I value being able to travel, be gone for months, take risks—real life ones. My priorities would be v[ery] diff[erent] if I were MWK [married with kids].”

During the Twitter chat Lee tweeted that she often encounters racism, sexism and classism. “Most ppl [are] surprised by my ambition, ability to articulate [and my] achievements.”

Tindall said, though Twitter exchanges can spark negativity, they’re most often about reaffirming and helping people. When she had to have emergency surgery at the beginning of last semester, she found a great community of fellow scholars who held her virtual hand during her recovery.

“I’ve met people in other disciplines that I would never have connected with, like religion or sociology,” Tindall said. “I would have never met these people at a conference because we just don’t intersect in that way.”

There were numerous questions and comments about the tenure process and a general consensus that there needs to be greater diversity among those who make tenure decisions.

“Read the tenure manual. Know the tenure manual of whatever institution you are considering,” Tindall tweeted. “It takes a calm head to get through tenure. Remove anxious people from your life.”

An individual cannot be immune to occasional self-doubt, but the ability to move beyond it is crucial. Mentors are essential, and at times they aren’t always obvious. Lee said look in a variety of places for mentors, not just among advisers.

“Strive for a calm mind. Have a courageous spirit. Find allies that can fight with/for you,” Tindall tweeted.