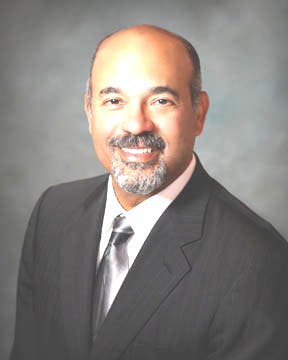 Southern University President Ronald Mason says his HBCU system “needs to focus on students who are better prepared out of high school” as it is tuition dependent.

Others say that could be the death of an institution that traditionally has been all-embracing.

The discussion is just starting, Mason said. “I’m not saying we’re going to become Yale or Harvard, and there’s no plan in place yet; it’s just a vision.”

His vision is based on two facts: Louisiana has been raising standards for college admission and it’s been giving schools less public money, forcing them to rely more heavily on tuition to survive.

This means that state policy is causing a shift in Southern’s traditional model ― serving students who don’t have a lot of college options.

“Because we are more tuition dependent, we need to focus on students who are better prepared out of high school,” Mason said. “The state is going to higher standards, which means we have to get more rigorous over time.”

Mason anticipates a move to fewer students but higher tuition.

“Preparation level is tied to income. That’s a fact,” he said. “Southern has to keep up. We may have to become more rigorous if we want to compete at the highest levels.”

Mason said he could see Southern’s Baton Rouge campus slowly raising its standards over time to match the admissions standards that Southern’s Honors college requires ― a 3.3 GPA and a 23 on the ACT.

Alexander Wiggins, a senior music major at Southern, said he thinks Mason’s vision is a good one.

“I want prosperity for the university. If that’s what it takes for a better future, then by all means,” Wiggins said.

But Wiggins added that he worries what Mason’s plan would mean for a university struggling to turn around several years of declining enrollment. Those enrollment declines, coupled with six straight years of state budget cuts, have led to shaky finances, program closings and staff layoffs.

Throughout the country, historically Black colleges and universities (HBCUs) are facing the same dire situation. Enrollment is drying up, and many lack the deep reservoir of alumni-giving that the country’s major institutions have built over the years.

Established during the decades following the Civil War, HBCUs were created exclusively to educate Black people when other schools wouldn’t. They held a strong position in the Black community through the 1960s, after predominantly White institutions started accepting Black students.

It was around then that the role of HBCUs began to shift. While Black colleges once served the entire college-going Black middle class, more of those students began choosing wealthier universities with more attractive facilities.

Often smaller than more well-known universities, many HBCUs now sell themselves as institutions that offer a more nurturing, family-like environment for students, many of whom are the first in their family to attend college.

He said he envisions Southern’s flagship campus in Baton Rouge slowly expanding out of that role.

“Every system of higher learning should be able to attract and accommodate highly prepared students,” Mason said, adding that Southern also should focus on improving its diversity from the current 5 percent of non-Black students to about 20 percent.

Southern could do all of that while serving traditional students through a program called SUSLA Connect, Mason said.

As admission standards go up at Southern-Baton Rouge, students who don’t meet the requirements will be routed into SUSLA Connect, which lets students live on the Baton Rouge campus while taking community college classes. Those who raise their academic performance through their first 18 credits get a seamless transfer into university-level courses.

“As a system, Southern will always have a mission to serve the underserved,” Mason said, meaning that Southern’s law school, Agricultural Center and Shreveport and New Orleans campuses will largely stay the same, while Baton Rouge would shift toward higher selectivity.

It’s a reasonable plan, said Louisiana’s top higher education policy adviser, Tom Layzell. “The notion of trying to pull the system together and to sharpen up the distinct roles of each campus makes sense,” he said.

Southern board member Tony Clayton is at least partly on board with Mason’s plan. Instead of offering the same programs as nearby universities, including LSU and the University of Louisiana-Lafayette, Southern needs to become “a niche university” and focus on its strongest programs, including nursing and engineering, he said.

Clayton said Southern might have to take the extraordinary step of declaring a financial emergency for a second time since 2011. Such a move gives schools leeway to restructure programs and lay off tenured faculty.

Clayton said he hopes the public will understand taking such a drastic step if it means Southern can cut out some of the costly and unpopulated programs currently offered.

Board member Myron Lawson, however, isn’t so sure of Mason’s plan.

“If you are trying to kill Southern University, this is the first step you take,” he said. “We would be defying our mission of our founders. We are an institution that welcomes students who have lived through struggles.”

Southern board member and former system President Leon Tarver said there is likely room to expand while staying true to Southern’s core mission.

“Southern’s role has always been an evolving one. From our earliest days, we were always serving various populations,” he said. “We have always had to adapt our programs to meet the needs of the market and to meet the demands of our students.”