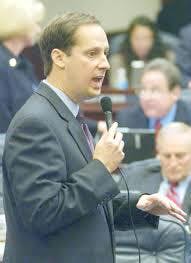 In Florida, the chairman of the Senate Appropriations Committee, Joe Negron, has called for stopping that state’s community colleges — now all called simply “colleges”— from adding any more bachelor’s degree programs without approval from the legislature.

CLEARWATER, Fla. ― In a high-ceilinged classroom, bright sun poking through the blinds and reflecting off the whiteboard, eight students lug heavy textbooks to their desks and prepare for this afternoon’s lesson: proteins.

It’s an unusually small group for a bachelor’s degree-level course in biology. At four-year universities, classes like this are often taught in large and impersonal lecture halls, and might have hundreds of students.

But this is not a university. There aren’t any dorms, the low-rise buildings on the campus are largely basic and utilitarian, and most of the other students are studying toward associate’s — not bachelor’s — degrees.

It’s St. Petersburg College, formerly St. Petersburg Junior College, one of an increasing number of community colleges around the country that have started offering four-year bachelor’s degrees in fields for which there is high job demand.

Critics and supporters of the trend say alternately that it is helping fill an important social need most universities aren’t, or that it’s an ego-driven, money-wasting cry for prestige and respect from institutions at the low end of the higher-education hierarchy.

Whatever their motivation, community colleges in 21 states now have the authority to offer bachelor’s degrees, including 25 of the 28 in Florida; St. Petersburg College alone has 25 baccalaureate programs, the most among one-time two-year schools.

Students are responding with enthusiasm. The number enrolling at former community colleges in Florida alone to get bachelor’s degrees has nearly quadrupled to more than 30,000 in just five years. And there seems to be one principal reason: It’s cheaper and more convenient than attending a four-year university, especially for working parents and part-time students who make up a large proportion of the people who go to community colleges.

Universities’ opposition to baccalaureate programs at community colleges “comes down to the money. And from my perspective, the focus ought to be on meeting the needs of the students,” said Kenneth Walker, founder and former chairman of the Community College Baccalaureate Association.

“It’s not so much of a dent in my pocket,” said Regine Gay, one of the students in that biology class, who plans to become a pharmacist.

Others said they were saving money — and avoiding distractions — by living at home.

“This has definitely helped me focus again,” said Courtney Maxa, who transferred to St. Petersburg College from a four-year university, and works part-time at a restaurant to pay her bills while living with her parents.

Universities and their advocates, however, are less happy with the situation.

Colorado legislators approved letting community colleges offer four-year degrees only after satisfying Colorado State University and the University of Colorado — whose lobbying was blamed for killing a previous version of a proposal — that they would be limited to career and technical fields such as culinary arts and dental hygiene.

In Michigan, similar legislation was passed over the concerted, years-long opposition of that state’s public universities, which said letting community colleges offer bachelor’s degrees was mission creep, blurs the distinction between different branches of higher education and raises quality concerns. In the end, the community colleges were limited to baccalaureate programs in maritime studies, culinary arts, energy production and concrete technology.

But community college students in Michigan can already transfer for upper-level courses to the public universities, many of which also offer bachelor’s degree programs on their campuses, said Matt McLogan, vice president for university relations at Grand Valley State University. “If there were degrees that were missing or additional capacity required, that was the model that should have been followed.”

Bachelor’s degrees at community colleges remain controversial even in states that already allow them. In Florida, the chairman of the Senate Appropriations Committee, Joe Negron, has called for stopping that state’s community colleges — now all called simply “colleges”— from adding any more bachelor’s degree programs without approval from the legislature, saying that they duplicate what’s already offered at the public universities.

He’s also proposed taking 10 percent of the $34 million a year used collectively by Florida community colleges to confer bachelor’s degrees and giving it to Florida State University and the University of Florida.

That makes Walker convinced that universities’ opposition to baccalaureate programs at community colleges “comes down to the money. And from my perspective, the focus ought to be on meeting the needs of the students, meeting the needs of business and industry, and, if that is the focus, then I don’t understand why the universities are opposing it.”

A potential compromise in Florida would let the colleges to keep the money for now, but would impose a one-year moratorium on new bachelor’s degree programs while a study is conducted to make sure that the existing ones don’t compete with what the universities offer.

He doesn’t think they do, said Walker.

“Universities aren’t oriented toward workforce-type programs” in fields that increasingly require bachelor’s degrees, he said. “This really is a new need that emerged when the associate’s degree was no longer adequate to be competitive in the job market. That’s why you’re seeing this tremendous increase.”

Now California is considering the idea, which has been proposed in its state legislature, and failed, three times since 2009. If the latest attempt succeeds, students could begin studying toward bachelor’s degrees at some of California’s 112 community colleges by next year.

A study by an advisory board said this “merits serious review,” pointing out that existing projections show that demand for college-educated workers will so outstrip supply by 2025 that the state will have to increase the number of bachelor’s degrees awarded annually by 60,000, a 40 percent increase, just to keep up. But the board also raised concerns about whether California’s thinly stretched community colleges could afford to add such programs.

Baccalaureate faculty at community colleges in Florida concede they have to be creative, since they don’t have university-level resources. To do their lab work, students in the biology program at St. Petersburg College go on field trips to government agencies, private companies and hospitals.

“That’s a really good way to get around not having enough money,” said Michelle Osovitz, a Stanford-trained biologist who teaches there. “We have to scrounge.”

Before class gets under way, student Courtney Maxa laughs when asked if people are surprised to find out where she’s getting her bachelor’s degree.

“Oh, yeah, I’ve heard that — ‘You’re getting your degree at a community college?’ I just laugh it off. It’s a four-year accredited college. It’s funny more than anything.”

Added classmate Lesya Kim: “My friends at universities were like, ‘You’re the smart one.’”