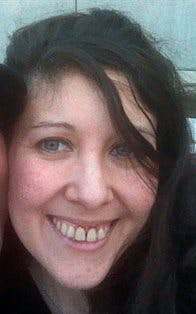 Amy N. Apodaca claimed to have a master’s degree in sociology from the University of Texas at San Antonio in 2006 and a doctorate in demography and population studies/applied statistics from the University of Maryland at College Park.WASHINGTON ― An Army statistician obtained a security clearance and worked for years on sensitive battlefield trauma research while lying about holding advanced degrees, the Army has acknowledged.

The statistician, Amy N. Apodaca, was quietly forced to resign in January after admitting she did not earn the doctoral degree she had been claiming.

Inquiries by The Associated Press revealed that she didn’t earn the master’s degree on her resume either, something Army officials said they had not realized.

Managers at the Army Institute of Surgical Research in San Antonio initially rebuffed the whistleblower who tried to tell them about the degree fraud, according to emails obtained by the AP. But Apodaca ultimately quit after her bosses confronted her, the Army said in a statement.

The case raises questions about how she was able to pass a background check and about the vetting procedures at the Institute of Surgical Research, the Army’s leading laboratory for improving the care of combat casualties.

Apodaca worked as a contract employee at the surgical institute from 2007 to 2008 and from 2010 through most of January. She is currently living in Glasgow, Scotland, according to her Facebook page, and did not respond to requests for comment.

Her duties included performing statistical analyses that were sent to the military treatment facilities in war theaters, where doctors used them to evaluate treatment decisions about injured soldiers, according to documents and interviews. She also contributed to scholarly research published in medical journals. She had access to the military’s classified network.

In a statement, Army spokesman Lt. Col. Benjamin Garrett said that, after learning of her misrepresentation, the Army reviewed Apodaca’s published work, and “it was determined no flaws warranting retraction were identified.” No problems were found with her unpublished work either, he said.

Garrett said the surgical institute had strengthened its vetting procedures by reviewing the academic credentials of statisticians prior to hiring, and requiring all contractors to provide proof of a job candidate’s degree directly from the educational institution.

In February, the Army contacted medical journals that had published pieces Apodaca co-authored to alert them about the misrepresentation. But even after being duped, the Army failed to fully check Apodaca’s credentials. Army officials told the journals she had a master’s degree, and some of them published corrections saying that. Based on AP’s inquiries, the Army now acknowledges that was wrong and has been alerting the journals once again.

Officials at both schools said their records show her registered for classes there but that she didn’t earn any degrees.

Apodaca did earn a B.A. in sociology in 2003 at the University of Texas at Austin, but not a B.S. in biomedical engineering, as she listed on her LinkedIn page, according to the institution.

Despite the Texas and Maryland LinkedIn entries, Apodaca convinced many co-workers she had earned her Ph.D. from Yale, records show. In one case, she put a Yale insignia next to her name in an Army slide show.

A Yale spokeswoman said there is no record of anyone by that name holding any degree from Yale.

Apodaca told co-workers she resigned for family reasons, said the Army, which didn’t contradict her publicly.

Asked how Apodaca could have misrepresented her credentials for so long, Army officials said that she was technically a contractor and that it was the responsibility of the contracting company that employed her to vet her.

The failure to properly screen Apodaca is reminiscent of the shortfalls in the case of military contractor Aaron Alexis, a security clearance holder who in September 2013 fatally shot 12 people and injured three others in a mass shooting at the headquarters of the Naval Sea Systems Command inside the Washington Navy Yard.

The Army referred questions about Apodaca’s security clearance to the federal Office of Personnel Management, which grants clearances for certain contractors. Lisa Loss, a top official at OPM’s investigative services division, said the agency could not answer questions about the case because of privacy laws.