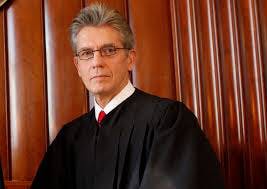 Chief U.S. District Judge William Skretny said there was no evidence SUNY Buffalo discriminated based on race or age.

A Mexico-born graduate student who withdrew from her program just three courses short of her degree can pursue due process and First Amendment retaliation claims against the State University of New York at Buffalo, but not claims for national origin and age discrimination and retaliation, a federal judge has ruled.

The decision came in a case filed by Marie Perez who enrolled in fall 2011 in the university’s master’s program in rehabilitation counseling.

The next semester, she encountered conflicts with faculty, students and the group leader in a group counseling course. At the time, she was a 50-year-old full-time rehabilitation specialist, while all the other students in the class and the group leader were in their 20s and 30s, according to the decision. She also was the only student who wasn’t a native English speaker.

Perez claimed she was traumatized by her treatment, including the fact she was told not to attend lab sessions and required to obtain a note from her psychiatrist if she wished to return.

She withdrew from that class rather than receive a failing grade that would jeopardize her scholarship and withdrew from her other classes on the basis of emotional distress, the suit asserted. The university then didn’t let her continue in the program the next semester.

The suit charged the university and faculty members with violations of Title VI, Section 1981 and the New York’s human rights law.

In his decision, Chief U.S. District Judge William Skretny said there were no facts that would allow a jury to reasonably infer that SUNY Buffalo discriminated based on race or national origin in refusing to allow Perez to complete the course. Nor was there a factual basis for her age discrimination allegation.

As for the due process claim, however, Skretny said Perez did offer evidence that the university prohibited her from attending the course based on a perception that she was a “conflictive individual whose comments upset others in the group,” and thus the university arguably acted for disciplinary rather than academic reasons.

He also held that Perez made a “plausible claim of First Amendment retaliation” because the university barred her from finishing the lab component of her class shortly after “her fellow students became upset with her views on various lab topics.”

A federal appeals court refused to reinstate a civil rights suit against Hamline University by a former associate law professor who was fired after publicly criticizing the local police department and being convicted of tax crimes.

The 8th Circuit Court of Appeals rejected an attempt by Robin Magee to revive her case against the university, a former law school dean and the president of the St. Paul, Minnesota, Police Federation.

Her first suit against them was dismissed earlier.

Magee was hired in 1990 and received tenure in 1994. She taught courses about policing, including police misconduct and racial issues in the justice system, according to court documents

In 2007, she wrote a column in the local newspaper critical of a judge’s decision not to investigate assertions of racism in a trial for murder of a police officer.

In response, the police federation president wrote an editorial challenging Magee’s “fitness to teach” and saying, “I hope Professor Magee confines her race baiting and cop-hating to her newspaper submissions and keeps it out of the classroom.”

In 2009, she was charged with 19 felony and misdemeanor state tax violations and suspended from teaching. After a jury convicted her in 2011 of four misdemeanor counts of failing to file tax returns for 2004 to 2007, the dean started disciplinary action that led to her discharge. She was sentenced to two years’ probation, fined and ordered to perform community service.

She sued, alleging retaliation for exercise of her free speech rights in criticizing government and accusing the university, dean and police official of conspiring to have her fired.

In its decision, the 8th Circuit panel said Magee’s allegations had already been litigated in her first unsuccessful case against the same defendants.

Because the “gist” of both suits is that the defendants’ conduct leading to her termination and that the termination itself violated her constitutional rights, she cannot pursue the second case, the court said.

Her criminal conviction was upheld on appeal after the termination.