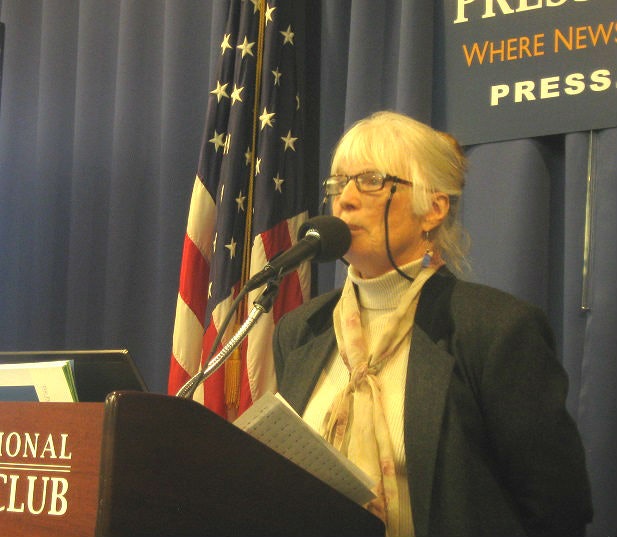 A report, co-authored by Margaret Cahalan, also found a drastic decline in the purchasing power of the Pell Grant for low-income students.

“It’s pretty discouraging,” said Laura Perna, co-author of the report and education professor at the Penn Graduate School of Education, where she is executive director of PennAHEAD, or Alliance for Higher Education and Democracy.

“I think there is some progress, but the magnitude of the gaps that persist are
so large,” Perna said of the report’s findings during an interview Tuesday
at the National Press Club.

Asked if the widening of the gap between rich and poor students who earn a bachelor’s degree suggests that higher education policies and initiatives such as the Higher Education Act of 1965 and Pell Grants have failed, Perna said the gap shows that there is a perpetual need to examine higher education policy and practice in light of ongoing shifts in the demographics of the United States.

“I think the inferences are we need to continually be revising the policies and practices we have in place,” Perna said. “To conclude from this that the policies haven’t had any effect ignores other types of societal changes, changes in demographics and expansions of other types of opportunities.

The report also found a drastic decline in the purchasing power of the Pell Grant for low-income students and large disparities in the percentage of poor students who go to two-year and for-profit colleges versus public and private non-profit four-year universities, where the completion rates are higher.

“Choice adds the promise of benefit but it also creates challenges,” Perna said.

The affordability issue should be tackled through boosting the purchasing power of Pell Grants controlling tuition and increasing state appropriations for higher education.

“College affordability is one key,” Perna said. “The second is around academic readiness. We have to make sure all students are not only academically ready to enter but to persist to degree completion.

“A third type of policy is that it’s important to make sure those that start out at two-year institutions are able transfer without loss of credits,” Perna said.

The “Indicators” report contains charts and tables on six “equity indicators” that deal with issues of higher education access and affordability between different income groups in the United States.

In short, the indicators show:

• Students and families are paying for a greater share of the cost of higher education — 33 percent in 1977 versus 49 percent in 2012.

The report — coauthored with Margaret Cahalan, vice president for research at the Council for Opportunity in Education and director of the Pell Institute for the Study of Opportunity in Higher Education — contains a series of recommendations to reduce disparities by income in higher education.

They range from increasing the reach, funding and capacity of college access programs to restoring Pell Grants to their former buying power.