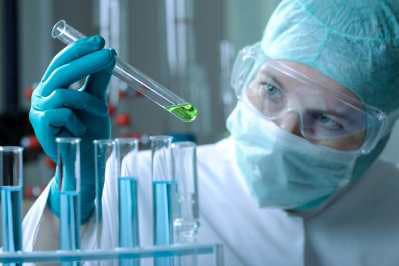 Early career researchers may deserve greater consideration for research grants and tenure because they are more likely than their more established counterparts to try out new ideas that advance science.

That is the conclusion of a new study that bases its findings on an exhaustive review of biomedical research papers in which they sought to identify when novel terms were employed and how long the researchers who used them had been active in the field. “Our primary finding is that papers published by scientists earlier in their career are (on average) more likely to try out newer ideas than papers published by more seasoned scientists,” states the study, titled “Age and the Trying Out of New Ideas,” by researchers Jay Bhattacharya and Mikko Packalen of Stanford and the University of Waterloo, respectively. “So perhaps Charles Darwin and Max Planck were right,” the paper continues. “Younger scientists are more tolerant of novelty in their work.” The paramount idea, the researchers argue, is not introducing something new—but testing new things once they’ve been introduced. “The key is not necessarily how many geniuses there are who come up with new ideas,” the paper states, “but rather how many scientists there are who are willing to adopt or try out other people’s new ideas. “A field advances when there is a critical mass of people who try out a new idea and find it fruitful.” With that in mind, the researchers set out to uncover the conditions that “best encourage the trying out of new ideas” in order to develop a more informed science policy.

They began their quest by conducting a mind-bogglingly, labor-intensive review of published articles in biomedical literature. They consulted a database called MEDLINE, which contains millions of references to journal articles in the life sciences—mostly biomedicine—going back to 1946. They scanned the abstracts for new terms—from those for new methodologies, such as “polymerase chain reaction,” to those for new pathologies, such as HIV—and listed when they appeared. They then set out to determine the career stage of the authors of papers that appeared between 1980 and 2008 by determining the number of years between when the paper appeared and when the author was first published. They produced a figure that shows the relationship between “career age”—not physical age—and the trying out of new ideas in research articles. They found that the probability of trying out a new idea is at its peak for only a few years after an author’s first paper. “After that, the probability of trying out new ideas declines steadily,” the paper states. They determine that the results are not driven by the “bandwagon” effect by focusing on ideas that have “stood the test of time rather than ideas that were quickly forgotten.” They also probe the issue of papers with multiple authors at varying stages in their respective careers. They find that mid-career authors working in collaboration with younger authors is a configuration in which the trying out of new ideas is most likely to occur. “The stereotypical model of a successful scientific team envisions a brash, young scientist—brimming with untested insights—paired together with the wiser, older scientist with the judgment to help guide and encourage the young scientist,” the paper states. “Our findings suggest this model team is indeed fruitful for scientific progress, at least in terms of trying out and playing around with new ideas.”

The researchers—noting that the National Institutes of Health, or NIH, already gives early career scientists an advantage in their grant funding applications by not requiring them to meet the same standards regarding past productivity—suggest that the likelihood of trying out new ideas is an additional reason to give preference to early career scientists. They also suggest rethinking the rationale behind the granting of guaranteed tenure to research scientists.

“Typically, the argument made for tenure is that it frees scientists from the risks associated with failure from exploring a new or controversial insight,” the paper states. “Since after tenure, scientist’s (sic) job security is not tied to the success or failure of their research program, the argument goes, they should be more willing to try out risky ideas in their work. We find no support for this traditional argument in the data. “To the extent that senior scientists (on average) are more willing to work with new ideas, it is only in collaboration with younger, often untenured scientists,” the paper continues. “Of course, there may still be a case to be made for tenure that is based on the productive role played by senior scientists in encouraging novel scientific exploration by their junior colleagues, as well as other arguments such as the freedom to teach without fear of censorship.” But the researchers do not suggest the need to revamp the process of granting tenure—at least not yet, saying: “A full evaluation of the costs and benefits of tenure is needed before it is time to rethink tenure altogether.” The “Age and the Trying Out of New Ideas” study drew a mixture of reactions in academe. Sylvester James Gates Jr., a noted theoretical physicist at the University of Maryland, College Park, recounted his own experience as a young graduate student at MIT and “being the only person in the entire physics department to figure out that a new idea—called “supersymmetry”—would become the most dominant one throughout the 40 years since.” “I was free to innovate and take a chance when I was young because I had nothing to lose and had not been overwhelmed with ‘knowing too much,’” said Gates, who wrote MIT’s first Ph.D. thesis on supersymmetry when he was a student there. “But I have been free to innovate and take a chance as an old hand since the security of my career, reputation, and position was not at stake in my mind.” Gates, who serves on the President’s Council of Advisors on Science and Technology, or PCAST, says he is currently working in what he expects to be the final decade of his career. “And in this period I think I am likely doing the most productive work of my career,” Gates said. “This phase of my work is high risk and, without the security of the faculty positions I hold currently, I am not certain I would be as confident or comfortable straying away from the path that is the accepted one.”

Scott Reid, a communication professor at the University of California, Santa Barbara, who has researched “status hierarchies” and “social judgment and perceptions,” said the focus should be on the merits of an idea, not the characteristics of the person. “Given the massive potential for conflict for resources, and that it involves not just age, but other social groups, I’d think that the most productive strategy would be to focus on leveling the playing field,” Reid said. “As a general principle, people with the best ideas being judged by a ‘jury of their peers’ seems like a good way to improve science.”