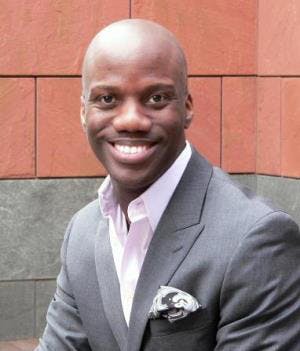 Dr. Shaun Harper says the initiative will host monthly virtual forums that will allow practitioners doing the work to engage with each other.In the wake of President Obama’s “My Brother’s Keeper” initiative, a new effort has sprung up to devote research and resources to better serving boys and young men of color.

RISE (Research, Integration, Strategy and Evaluation) for Boys and Men of Color will focus on better understanding the long-term strategies that will likely lead to better outcomes for boys and men of color. The initiative will focus on four key areas: education, health, criminal justice, and economic opportunity and workforce development.

Dr. Shaun Harper, a prominent professor in the Graduate School of Education and the founder of the Center for the Study of Race and Equity in Education at The University of Pennsylvania, will co-direct the project over a three-year period.

Harper said that this effort will identify best practices and opportunities for new research that can inform equitable policies and ultimately create positive change in communities across the United States.

While many scholars who study issues that impact young men of color lauded President Obama’s decision to devote attention to the many challenges that face young boys and men of color, there has been a growing frustration among many researchers who worry that not enough attention is being devoted to examining the literature and extensive research-based outcomes that relate to this demographic.

In September, many of these scholars, who represent both public and private historically Black colleges and universities and predominantly White institutions, released a 17-page report, calling for the implementation of professional development structures to better train educators to effectively work with boys of color. They also called for the creation of a data tracking system and scorecard to help identify Pre-K through 12 schools with disproportionately high suspension and special education placement rates and low participation in gifted education and other accelerated education programs.

Harper said that RISE will be intentional in bringing together the heavyweights across the four fields to strategize on what the next research steps should be in addressing some of the challenges.

“It won’t just be researchers talking to each other,” said Harper. “We want policymakers, community leaders, and young people to advise us on what questions we need to be pursuing in our research.”

He said that the initiative will also host monthly virtual forums that will allow practitioners doing the work to engage with each other.

“If you run a program and you have a need or a question, there will be a virtual discussion board where you can post questions and others in the community can weigh in and give advice.”

Sharon Norris-Shelton of Equal Measure, a Philadelphia-based organization that specializes in evaluating community foundations, nonprofits and government agencies, will serve as co-director on the project.

“Developing an interdisciplinary network of scholars, evaluators, practitioners and policy shapers is critical to the effort’s success,” said Norris-Shelton. “This professional network will establish a joint agenda for research, evaluation, effective practice and policy advocacy and will be poised to make a significant difference in improving the

RISE is being supported by members of Executives’ Alliance to Expand Opportunities for Boys and Men of Color, a national philanthropic network. The Atlantic Philanthropies, W.K. Kellogg Foundation, and Annie E. Casey Foundation have agreed to invest $8.5 million into this $10 million three-year project.

“Efforts like RISE are essential in helping this nation address the burdens of inequity that so many children and families of color face. And, no demographic bears those burdens more intensely than boys and men of color,” said La June Montgomery Tabron, president and CEO of the W.K. Kellogg Foundation. “We believe that what is learned through these research efforts can ultimately be used to help change hearts and minds, inform policy decision-making at all levels and address the structural inequities that limit opportunities for young men of color.”