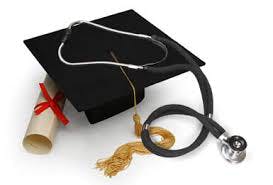 Amir Al-Dabagh did well academically, publishing articles and winning a research award as a medical student at Case Western Reserve University. But he didn’t do well in terms of behavior, including sexual harassment of female students at a formal dance, complaints about his demeanor in an internal medicine internship and a drunken driving conviction.

As a result, the university decided Al-Dabagh’s lack of professionalism made him unqualified for a degree. Al-Dabagh sued and a lower-court judge ordered the university to award his M.D.

Now in one of a number of cases involving professionalism requirements for future practitioners, a federal appeals court has upheld a university’s right to consider professionalism as a mandatory qualification for graduation.

“Anyone who has ever been to a doctor’s office knows the value of a good bedside manner,” the 6th Circuit U.S. Court of Appeals wrote in the Al-Dabagh case. “That is why Case Western does more than just teach its students facts about the human body. Its curriculum identifies nine core competencies. First on the list is professionalism.

“Medical knowledge does not make an appearance until the fifth slot,” the court said.

Dr. John Prescott, the chief academic officer for the Association of American Medical Colleges, said his organization is pleased by court rulings recognizing that faculties “are best qualified” to make such assessments of their own students.

In the Case Western Reserve case, Al-Dabagh has requested a rehearing in front of the full Court of Appeals.

He isn’t the only ex-medical student to run to court after running afoul of professionalism expectations.

For example, George Washington University dropped Mohammad Hajjar-Nejad after its professional comportment committee found grounds for “serious concern about his professionalism, honesty and integrity, his interpersonal relationships and his capacity to work with others.” The committee said he was unable to accept constructive feedback or responsibility for his own behavior and lacked “insight into personal weaknesses and areas for improvement.”

Hajjar-Nejad sued, alleging discrimination based on race, religion and national origin, retaliation, and breach of contract.

Not so, ruled U.S. District Judge Colleen Kollar-Kotelly in Washington, D.C., adding that she was “particularly reluctant to intrude on the grading and performance evaluation of the medical school instructors.”

Dr. Nasrin Fatemi would have been the first woman to graduate from the neurosurgery residency program at the University of Arkansas for Medical Sciences. When the program dismissed her, she alleged discrimination based on race, national origin and gender.

Not so, the 8th Circuit U.S. Court of Appeals said, because the university demonstrated legitimate grounds to drop Fatemi based on her ongoing disagreements with faculty, colleagues and supervisors about her performance, lack of communication, professionalism and behavior.

And such controversies aren’t limited to medical schools and medical residencies.

For example, students in the registered nursing associate degree program at Central Lakes College in Minnesota complained about offensive Facebook posts by classmate Craig Keefe. Those comments included belittling one student with disabilities, calling another a “stupid b—-,” threating someone with an electric pencil sharpener and asserting there wasn’t enough whiskey to control his anger.

After Central Lakes dismissed Keefe from the program, his lawsuit accused the college of violating his First Amendment free speech rights.

Not so, U.S. District Judge Joan Ericksen of Minneapolis said.

Therefore, he said, medical schools “look for every opportunity to work with a student, with any student, where there may be a professionalism issue to identify it early and address it.”