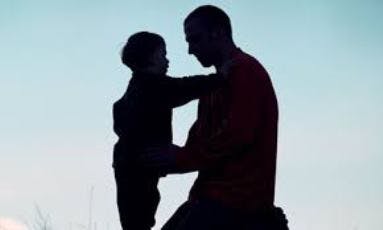 If graduating from college means beating the odds associated with being raised in a single-parent home, then beating the odds has gotten progressively tougher over the past several decades, a new analysis shows.

“The educational attainment gap for adults who lived in single-parent families in adolescence widened considerably over this period,” states the analysis, which examines completion patterns among students from the 1960s through recent years. It is titled “One-Parent Students Leave School Earlier.”

The analysis appears in the spring edition of the research and opinion journal Education Next. It is part of a series meant to mark the 50-year anniversary of the 1965 release of “The Negro Family: The Case for National Action,” commonly referred to as “The Moynihan Report,” after its author, sociologist and then-United States Assistant Secretary of Labor Daniel Patrick Moynihan.

“In other words, American children raised in single-parent homes appear to be at a greater disadvantage educationally than ever before,” the analysis states.

“This widening appears to accelerate around the mid- to late 1990s,” the analysis states.

But as with other education research, the analysis found that how much money a parent earns seems to make a difference.

The report also notes that single-parent families are much more prevalent now than at the time the Moynihan Report was published.

While The Moynihan Report focused on Black families, the analysis states that the rise in single-parent families “transcends racial and ethnic boundaries.”

Specifically, between 1960 and 2013, the proportion of Black children living with a single parent more than doubled — from 22 percent to 55 percent — and nearly tripled for White children — from 7 percent to 22 percent, the analysis states.

The increase also spanned class differences. For instance, while 51 percent of low-income children entering adolescence were living in single-parent families around the time the Moynihan Report, the figure jumped to 75 percent over the next three decades. For adolescents in high-income families over the same timeframe, the figure grew from 3 percent to 6 percent.

“They are still far more likely to be found among low-income families than among high-income families, but they have become more common among both whites and blacks,” the analysis states.

The researchers say the fact that the relationship between the single-parent family and children’s completed schooling has gotten stronger since the Moynihan Report is a reason to search for the reason why.

“We need to continue to monitor these patterns and examine what it is about family resources and processes in single-parent families that may result in low levels of educational attainment for children,” the researchers say.