It may be difficult to imagine a time before university campuses were as diverse as they are today, but the time when they were the sole preserves of men is still well within living memory. Dr. Louise Lamphere, professor emerita at the University of New Mexico, can vividly remember those days. In fact, she was one of the catalysts for effecting more egalitarian representation at universities nationwide.

Brown University celebrated Lamphere’s achievements at the Pembroke Center for Teaching and Research on Women with two days of talks and a symposium, March 5-6. 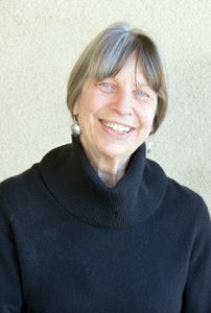 Lamphere started out at Brown University as the only female member of the anthropology department in 1968. She was denied tenure in 1974—her department chair said her work in the classroom had not met their standards and that her academic work was theoretically weak. Lamphere was blindsided by the criticism—she had never had any sort of teaching review, so she had no inkling that others thought she needed to improve, and she was deeply engaged in her academic work. The book she published that year, Woman, Culture, and Society, would go on to sell tens of thousands of copies.

So Lamphere sued the university, arguing that she was the victim of widespread sex discrimination on campus. In the mid-‘70s, there were only 25 women on the entire Brown faculty.

“At the time, the whole hiring process was done through an old-boy network,” Lamphere said. “If you were [a department chair] looking for somebody at Brown, you’d call up the department head at Harvard, Princeton, or Penn and ask, ‘Who’s got a Ph.D. and who would you recommend?’”

Though Lamphere was a graduate of Harvard herself, due to the opacity of the hiring process, she could never be sure what was going on behind the scenes.

“At Harvard, they had something called the ‘Harvard List.’ I could never tell [whether] I was on the list or not, because it was kept secret. But that’s how people got hired,” Lamphere said.

What she thought would be fair was due process—for jobs to be posted publicly, rather than handed out by covert recommendations that always seemed to favor male graduates of the top universities; regular performance reviews; and a clear set of guidelines by which to gain tenure.

While the lawsuit was being resolved, Lamphere took on a tenured professorship at the University of New Mexico.

In 1977, the lawsuit was settled out of court, and the university agreed to establish an Affirmative Action Monitoring Committee, which would evaluate departmental procedures for hiring, promoting, and granting tenure; ensure that the hiring searches were fair; and monitor Brown’s progress toward a balanced representation of men and women on the faculty. The committee remained in place from 1978 to 1992. The number of women on Brown’s faculty has increased many times over.

Did she have any idea how far reaching the implications of her lawsuit might be?

“Well, no,” Lamphere said. After the lawsuit was resolved, Lamphere returned to Brown as a tenured professor, where she remained until 1985. Lamphere still visits Brown several times a year and, as a further gesture of goodwill, gave the university a gift of $1 million in 2008 to endow a visiting professorship at the Pembroke Center.

“I was really interested in having feminist studies and [gender-focused] anthropology continue here at Brown,” Lamphere said. When she was starting out in the 1960s, the field of women and gender studies was fairly limited. Though Dr. Margaret Mead’s work was an inspiration for aspiring female anthropologists who were part of the women’s right movement, there was not much else to work from. Since then, the field has grown exponentially but, in Lamphere’s view, still ought to be promoted and encouraged.