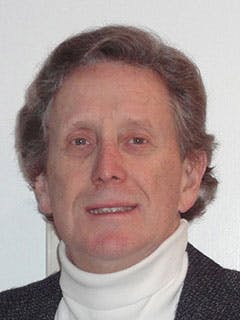 Stephen J. Rose, a public policy research professor at George Washington University, is a co-author of the report “The Economy Goes to College: The Hidden Promise of Higher Education in the Post-Industrial Service Economy.”

The post-industrial American economy will favor college graduates who work in industries that increasingly cater to consumer demand for higher-quality and highly customized goods and services.

That is one of the key arguments of a new Georgetown University report released Monday and which purports to offer a look “underneath the hood of the nation’s economy.”

“Producing today’s high-quality goods and services requires employees to have a deeper knowledge of their fields of study and a better understanding of applications on the job,” the study states.

The report — titled “The Economy Goes to College: The Hidden Promise of Higher Education in the Post-Industrial Service Economy” — is authored by Anthony P. Carnevale, director of the Georgetown Center on Education and Workforce, and Stephen J. Rose, a public policy research professor at George Washington University.

The report found that, while college-educated workers are just 32 percent of the workforce, they now produce more than 50 percent of the nation’s economic output, up from 13 percent in 1967.

And more than 60 percent of the workforce has at least some college education, up from just one-quarter of adults in 1967.

“We set out to solve an economic puzzle: How does this data showing a surge in high-skill, high-wage service jobs fit in with the popular perception of a declining manufacturing economy stricken with low-skill, dead-end McJobs?” said Carnevale, lead author of the report. “The answer is the shift to the service economy is actually producing high-skill, high-wage employment.”

In seeking to give readers a highly nuanced and futuristic look at the nation’s maturing shift from being a heavily manufacturing economy to a service economy, the report offers up “production recipes” of the kind of labor it takes to make, distribute and retail the things that consumers need and want. It also offers a “functional analysis” of what workers actually do on their jobs.

The authors maintain that their analysis shows that managerial or professional office work has become the “central core” of today’s production and service networks.

“The key growth in U.S. employment has come in offices and non-office settings like hospitals and schools that provide higher-skill services,” the report states. “Nearly two-thirds of Americans now work in these higher-skill workplaces.”

To illustrate the point, the authors provide figures that show:

• From 1967 through 2007, the share of high-skill managerial and professional jobs grew by more than 13 percentage points, from 22 percent to 35 percent of total U.S. employment.

• The share of middle-skill jobs declined “only modestly” from 39 percent to 36 percent of the overall workforce, bucking the conventional wisdom that the “good jobs in the middle” have been “hollowed out” by the collapse in manufacturing. “Mid-skill jobs have declined only slightly, but have shifted from high school-educated industrial workers toward industrial technicians and service workers with at least some college,” the report states.

• During the same time period, the share of low-skill jobs fell from 39 percent to 29 percent of the workforce, undermining the notion that the post-industrial economy is filled with low-skill, low-wage “McJobs.”

“The emergence of the post-industrial production and service networks is both a good news and a bad news story,” the authors states. “Workers with some college education have greater choice as consumers and higher earnings as workers but workers with high school or less have been left behind both as consumers and as workers.”