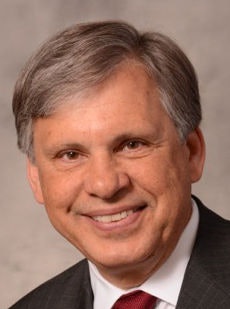 Dr. Robin G. Cummings has been selected by the University of North Carolina Board of Governors to be chancellor of its 6,200-student Pembroke campus. He takes office July 15 and succeeds Kyle Carter, who is retiring June 30 after five years in the position.

Cummings, a 59-year-old native of Pembroke and a member of the Lumbee Tribe, is a cardiothoracic surgeon as well as the state’s Medicaid director.

“With his broad experience, his profound appreciation for the institution, and his demonstrated commitment to scholarship and public service, Robin Cummings will be a forceful and effective leader for UNCP,” UNC President Tom Ross said in a statement released Thursday. “We are delighted to bring him back home.”

The Pembroke campus was founded in 1887 as the Croatan Normal School and its mission was to educate the Native Americans of Robeson County and to prepare teachers for the public schools. Today, it is one of the nation’s most racially diverse universities and offers 41 undergraduate majors and 17 master’s degree programs.

According to The News and Observer of Raleigh, Cummings’ goals include establishing UNCP’s first doctoral degree and starting programs in health fields to serve the population of southeastern North Carolina.

Cummings, whose salary as chancellor will be $280,000, previously served on the UNC Pembroke Board of Trustees and was the founding chairman of the North Carolina American Indian Health Board. He joined the N.C. Department of Health and Human Services in 2013 and was named as Medicaid director the following year.