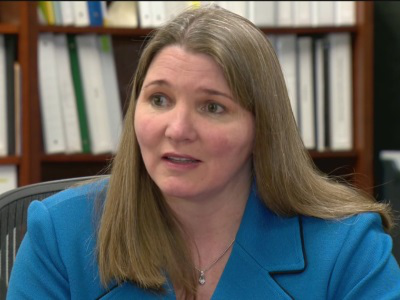 Many states are ramping up their efforts to ensure student access to quality teachers, regardless of the students’ race, ethnicity, household income or any of the other factors that have too often come to determine the quality of education provided to children across the country.

“All parents understand that strong teaching is fundamental to strong opportunities for their children. We as a country should treat that opportunity as a right that every family has — regardless of race, ethnicity or national origin, zip code, wealth, or first language,” said U.S. Secretary of Education Arne Duncan in a statement.

According to a Department of Education release last week, 33 states and the District of Columbia have department-approved plans to “ensure equitable access to excellent educators.”

In Alabama, the efforts are manifesting themselves in the new “Professional Pathways for Alabama Teachers” program, a pilot tiered-certification system that seeks to offer career development opportunities for Alabama teachers that will help attract and support new teachers while improving retention and increasing recognition of the efforts of those who have been effective.

In Michigan, the “Michigan Teacher Corps” looks to attract and retain skilled teachers in the state’s lowest-performing schools that disproportionately serve low-income families and students of color.

In Howard County, Maryland, the local school district is partnering with McDaniel College on a new initiative they’re calling “Teachers for Tomorrow,” which looks to provide country students with a four-year paid internship experience that begins the moment they graduate from high school and prepares them to teach in the schools that reared them.

Based on the idea that more students in the county (and across the country) are increasingly from lower-income families and increasingly of color, Howard County Public School System Superintendent Renee Foose said, “Our goal was to create a diverse workforce and to have an increased number of teachers with backgrounds” that mirror those of the students they’re teaching.

The program will provide full scholarships for 12 low-income students to attend McDaniel College in exchange for three years of service as school-system employees. Students are permitted to major in the discipline of their choice, but must minor in education. In addition, they will receive “a health insurance plan right away,” Foose said.

“Access to college is a hallmark of McDaniel, with a record number of students of color at 36 percent enrolled in this year’s first-year class and many McDaniel students among the first in their families to attend college,” said McDaniel President Roger Casey.

Foose said students will not be limited to the classroom. Those with an interest in accounting or communications may be employed in the system’s central office in the departments respective to their interest of study as part of the internship process throughout their time at McDaniel.

“We want them to be comfortable getting to know us as an employer, and we want to get to know them too,” she continued, adding that though the underlying aim was to increase the number of relatable teachers, she really hopes to be able to provide the students with practical experiences that will serve them well even after their three years of service to the system have concluded.

“Our goal is to eradicate poverty in our community,” Foose said.

Three McDaniel alumni have been recent Maryland teachers of the year.