A group of alumni from Florida A&M University (FAMU) are calling on the university’s Board of Trustees to reverse its decision not to extend the contract of its current president, Dr. Elmira Mangum, which is set to expire next year. 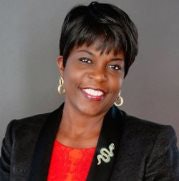 The group has circulated an online petition that has been signed by hundreds.

“Despite the many accomplishments that Dr. Mangum has made during her time at FAMU and the instability that another leadership change at FAMU will cause, the trustees voted to put their personal and political agendas ahead of what is best for Florida A&M University and its students,” read the petition.

The petition cited the high turnover at the historically Black college — six leadership changes in the last 14 years — including the negative attention following the death of a marching band member after a hazing incident. In addition, the Southern Association of Colleges & Schools Commission on Colleges (SACSCOC) had placed the university on suspension twice in recent years.

“We do not want FAMU to be the next South Carolina State University, Paine College, or Elizabeth City State University,” read the petition. “FAMU’s revolving door of permanent and interim presidents created an unstable environment at the university since the departure of our beloved Dr. Frederick S. Humphries in 2001.”

Mangum’s supporters say that she has raised $6.5 million dollars, improved student success and retention, and increased the number of degrees awarded.

“Dr. Elmira Mangum’s leadership at Florida Agricultural and Mechanical University has brought stability to our alma mater despite the consistent resistance to change by the previous members of the FAMU Board of Trustees during her two years in office,” according to a statement by a group of alumni. “Dr. Mangum’s time at FAMU has been much like President Barack Obama’s time in the White House: major accomplishments despite the consistent obstructionism from Republicans in Congress.”

Some have wondered if the criticism directed at Mangum, 63, who held previous administrative posts at Cornell University, and the University of North Carolina at Chapel Hill is a result of sexism. She is the first woman to permanently hold the position of president in the school’s 128-year history.

“Elmira Mangum, by many indicators, has been a successful president plagued by sexism and intense board interference,” said Dr. Marybeth Gasman, a professor of higher education and director of the Center for Minority Serving Institutions at the University of Pennsylvania. “FAMU will not have success until its board steps back, does its job, and lets whomever is president do her job. The board should put students first, not ego.”