In a move that was widely regarded as a foregone conclusion, the University of North Carolina board of governors voted on Friday to ban centers across the university system from engaging in litigation. In practice the ban applies only to the UNC Law School’s Center for Civil Rights, since it is the only center that pursues litigation. 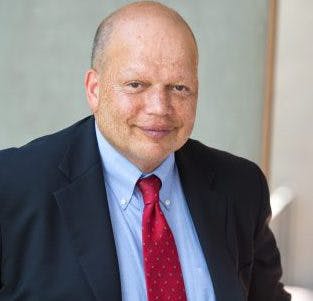 Theodore M. Shaw is the Julius L. Chambers Distinguished Professor of Law and Director of the Center for Civil Rights at UNC Chapel Hill.

The board’s decision has been characterized by many as a step backwards for social justice causes in North Carolina. Since its founding in 2001 by civil rights icon Julius Chambers, the center has provided legal representation to low-income North Carolinians. Among many other issues, the center has fought for clean water, the removal of landfills from areas inhabited by low-income communities of color and the desegregation of public schools.

“I expected that this is what the board would do, but even up until the last moment what I would describe as the naive, or hopeful, part of me wished that they would turn from this path,” said Ted Shaw, director of the center.

Shaw, who is the Julius L. Chamber professor at UNC Law, was the fifth director-counsel and president of the NAACP Legal Defense and Educational Fund.

Leading up to the vote, UNC professors and students staged a series of protests opposing the board’s call to end litigation at the center. UNC Chapel Hill chancellor Carol Folt sent a letter to the board earlier this summer defending the center’s work.

In recent years, the composition of UNC’s board of governors began to change, reflecting the politics of the now predominantly Republican state legislature, which appoints the board. As the board swung to the right, the center found itself in the crosshairs of a number of board members who argued that a state-funded university center should not engage in litigation against the state.

Board members also levied the charge that pursuing litigation detracted from the educational mission of the law school. Current law students can volunteer with the center, getting experiential learning in civil rights legal work.

“This is an extremely conservative board that has been engineered by the legislature of North Carolina to become even more conservative,” Shaw said.

The board voted in favor of the new policy 24-3, with one board member abstaining. During the meeting, some board members said that they supported the center’s civil rights work, but took issue with its litigation against state entities.

“I don’t really believe that UNC entity ought to be filing litigation against other parts of our government – our cities, towns and state,” Board chairman Lou Bissette said. “If they do this kind of work under a sanctioned clinic, I have absolutely no problem with it.”

The center’s work will continue despite the recent setback, according to its director. “We have ethical obligations that can’t end overnight,” Shaw said.

In order to take on new litigation and clients, the center will have to evolve. The center may become a legal clinic at the law school, moving to a new institution or becoming a nonprofit organization.

There are a number of challenges inherent to each possibility, and Shaw questioned whether the board would in fact be supportive of a legal clinic at UNC doing the same sort of work that the center is doing now.

“Ultimately, I think the question about whether we could become a legal clinic is diversionary, because I don’t have any doubt what this is about – it’s ideological, it’s political, and it’s about substance, not form,” Shaw said. “I am absolutely certain that if the Center for Civil Rights was converted into a clinic, that the legislature and the board of governors would not be any less antagonistic to that clinical program.”