American University has upheld its decision to deny tenure to former professor Carolyn Brown, a broadcast journalist who appealed after she was the latest in a number of women who claimed that they were victims of a biased evaluation by former AU Provost Dr. Scott A. Bass. 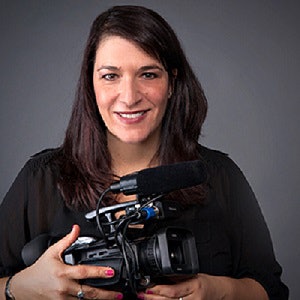 In a letter sent to Brown on May 30, AU President Dr. Sylvia M. Burwell upheld the provost’s earlier decision denying the professor tenure and promotion in March 2017. Burwell responded to three grounds Brown based her appeal on – one being the use of teacher evaluations to assess teaching ability.

Brown, currently a faculty member in the Mayborn School of Journalism at the University of North Texas, plans to file a complaint with the D.C. Office of Human Rights “immediately.”

What Burwell “did was just sort of kick [the decision] back to the provost, who is the one who originally made the decision without, I think, taking a look at the evidence and the situation,” Brown told Diverse. “If the only tool you’re going to use to evaluate someone’s teaching has been proven in academic studies – all types of studies – as biased against women and people of color, then I think that’s problematic.”

Dr. John Watson, associate professor in AU’s School of Communication and a mentor to Brown, said that although Provost Bass noted an inconsistency in Brown’s range of teacher-evaluation scores for his earlier decision, other areas of her work used for tenure consideration such as scholarship and publications were “excellent.”

Teacher evaluations, he added, can be “horribly subjective.”

Brown filed her tenure decision appeal with the Committee on Faculty Grievances (CFG) three months after Provost Bass denied her for tenure and promotion last year.

The CFG then submitted a recommendation report about Brown’s case to President Burwell in December, while Brown separately submitted additional evidence for the president’s consideration in overturning the provost’s tenure denial.

And on March 15 this year, Burwell asked Bass to consider a letter of support from the School of Communication Journalism Division Director dated Feb. 15, 2017 that had not been previously included for Brown’s tenure and promotion consideration.

“Before I complete my assessment of Professor Brown’s appeal, I ask that you consider the letter and advise whether the information presented affects your decision to deny tenure,” Burwell wrote.

Having undertaken a “re-review” of Brown’s tenure and promotion file, Bass upheld his decision for Brown’s tenure denial in a correspondence to the president dated April 23.

Burwell issued a letter regarding her own tenure decision to Brown nearly a month later.

“I have reviewed your appeal, the report of the Committee on Faculty Grievances, the provost’s April 23, 2018 memorandum and other relevant documents,” Burwell’s letter said in part. “In light of this review, I uphold the provost’s decision denying you tenure and promotion.”

On the grounds of Brown’s appeal citing discriminatory use of teacher evaluations, Burwell’s letter said: “The provost noted that all faculty are evaluated with [Student Evaluations of Teaching] and that women and minorities have been successfully evaluated with SETs. He concluded that your teaching performance is the issue, not the SET instrument.”

“Consequently, the CGF found no causation between your allegations of discrimination and retaliation and the decision to deny tenure,” Burwell’s letter continued. “I agree with this assessment and see no evidence that the decision was based on anything other than the provost’s appropriate review of the legitimate factors contained within the file for action.”

Watson said that he was disappointed in the president’s final decision, but “not overly surprised,” as these tenure decisions are rarely overturned.

He added that he did not think the administration’s decision process for Brown’s appeal paid “close attention” to research studies detailing a trend of bias in teaching evaluations for women and minority teachers.

Since Brown has turned her tenure file in, there has been much media coverage around Bass and the discrimination complaints in tenure at AU over the last year.

“So having him then review [the appeal] again, more than a year later, doesn’t seem fair and it doesn’t really make any sense,” Brown said. “I was hoping that [Burwell] would be the one reviewing my file, not the provost all over again.”