After traveling thousands of miles and coaching hundreds of individuals and teams, Dr. Damon A. Williams decided it was time to kick diversity and inclusion training up a few notches.

Less than a year later, 80 higher education leaders from across the nation have graduated from his National Inclusion Excellence Leadership Academy (NIXLA), an intensive five-week program that equips diversity officers, deans, presidents, human resource officers, administrators and faculty with knowledge and skills to make real progress in promoting access and equity on their college campuses. 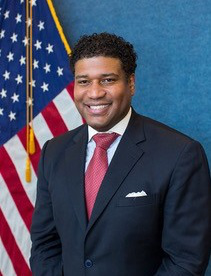 The academy is a result of his “feeling as if there’s not a space for leaders to go to really level up their leadership abilities and sharpen their abilities as it relates to diversity and inclusion matters,” said Williams, who is “chief catalyst” of the academy and the Center for Strategic Diversity Leadership and Social Innovation (CSDLSI).

“Tier-1 development and coaching and support is what they needed, and I wanted to fill that vacuum,” he said.

So he came up with NIXLA, an initiative of the CSDLSI, as is the National Inclusive Excellence Tour, which has visited dozens of campuses for specialized on-the-ground diversity training and development. At the same time, CSDLSI provides free webinars on various diversity topics that reached more than 15,000 people last year, while many campuses use two of Williams’ seminal books as resources, Strategic Diversity Leadership: Activating Change and Transformation in Higher Education and The Chief Diversity Officer: Strategy, Structure and Change Management.

“This is a different type of reach to go broad and comprehensive in support of individuals and institutions trying to get to the next level,” said Williams, a renowned expert in the field. “It’s for people experienced with diversity and those just starting with the work, individuals that are really serious about their leadership development and putting in the work to engage in the work as a high priority. We want people to see diversity not so much as a challenge but as an opportunity. Positivity, upliftment and empowerment is what we’re all about.”

Academy fellows could apply as individuals or as part of a team of five from the same institution. Of more than 140 applicants, 80 were accepted for the first cohort this year based on their backgrounds, experiences, potential to make an impact on diversity at their institutions, and willingness to commit the time to complete the content-rich program as part of a learning community. A range of schools participated, from community colleges to research institutions.

Participants were clustered in teams, where they collaboratively learned through a sophisticated online platform that included digital readings, training videos, group projects centered around “real-world diversity and inclusion scenarios,” weekly seminars, instruction by Williams, and lectures and coaching from recognized thought leaders and practitioners in diversity such as UCLA professor of education Dr. Sylvia Hurtado, former Spelman College president Dr. Beverly Tatum and Dr. Jerlando F.L. Jackson, a professor of Educational Leadership and Policy Analysis at University of Wisconsin-Madison (UWM).

“It wasn’t just about theory, it was about theory to practice and taking practice to the next level,” said Williams, adding that the evidence-based curriculum delved into topics ranging from change management and creating a diversity role to responding to diversity crises and understanding millennial and centennial students.

Dr. Mitchell Tollinchi-Michel, an assistant vice president of student transitions at Rensselaer Polytechnic Institute (RPI), said he benefited from “real-world diversity and inclusion case-studies, support from national experts and a powerful learning community as we went through the journey.”

“The program was instrumental for us to look at different organizational model of change and consider what tactics may work for us as part of Washington State’s community and technical college system,” she said.

Applications are being accepted for the 2019 cohort. Each progression gets Williams closer to realize his vision of empowering 1 million leaders in diversity not just in higher education, but in elementary and secondary education settings, corporations, nonprofits, government agencies and other environments.

Last year, Williams walked away from his position as senior vice president for programs and chief education officer at the Boys and Girls Clubs of America to devote himself full time to improving diversity and inclusion in various professional settings. Particularly in higher ed, change has been slow in spite of the growth of diversity officer roles and other emphasis on the value and necessity of making environments more culturally diverse and inclusive.

“I wanted to step back into this work in unique ways, be a disruptor and disrupt the status quo and quicken the pace of change,” said Williams.

He wears many hats, including senior scholar and innovation fellow with the Wisconsin’s Equity and Inclusion (Wei) Laboratory of the University of Wisconsin-Madison and inaugural distinguished scholar in residence with the National Black MBA Association in Atlanta, where he provides thought leadership and research products for their more than 500 corporate partners and national affiliate chapters. This week, he was in Dublin, Ireland where he delivered a keynote address to the International Colloquium on Black Males in Education.

As former associate vice chancellor, vice provost and chief diversity officer at UWM, Williams founded the school’s Division of Diversity, Equity and Educational Achievement and was a senior leader in establishing the Division of Multicultural and International Affairs at the University of Connecticut.

Williams has a bachelor’s degree in sociology and Black world studies from Miami University (MU), a master’s degree in educational leadership from MU and a Ph.D with a specialization in organizational behavior and management from the University of Michigan Center for the Study of Higher and Post-Secondary Education (CSHPE).

He has won numerous professional awards, including one of only 20 Bicentennial Leadership Awards from the University of Michigan, a 2017 Western Reserve Academy – Waring Prize for exceptional leadership achievement among alumni of the Ohio boarding school, and the Inclusive Excellence Award of Leadership in 2013 from the National Association of Diversity Officers in Higher Education (NADOHE).