Though there have been substantial efforts in increasing the racial and ethnic diversity in medicine, there has been minimal growth in people who identify as American Indian-Alaska Native and apply and enroll in medical school in the U.S., according to a new report released Tuesday.

“We [AAMC and AAIP] find that we all need to come together, whether it’s in tribal communities across the United States, our medical schools, undergraduate institutions, community colleges … that really takes a community approach to really make a difference,” said Dr. Norma Poll-Hunter, the senior director of Human Capital Initiatives at AAMC and one of the report’s lead authors.

The report found that: 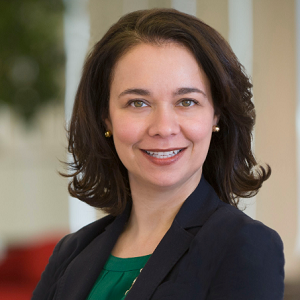 – During the 2017-2018 academic year, 0.19 percent of total medical student applicants were students who identified as American Indian-Alaska Native and 0.20 percent matriculated.

– In 2016, 0.56 percent of active physicians, or physicians and surgeons working at least 20 hours a week in the United States reported as American Indian-Alaska Native.

– In 2017, 0.10 percent of total full-time faculty at MD-granting institutions were reported as solely American Indian-Alaska Native and 0.38 percent were reported as American Indian-Alaska Native in combination with another race or ethnicity. These results exhibit a problem that has received little attention and presents a major concern for Native communities and the health of all in the United States, the report said.

“I think that there hasn’t been enough awareness of health careers beyond student nursing and at-life health professions for Native students,” said Carrie L. Billy, president and CEO of American Indian Higher Education Consortium. “I think there just needs to be more awareness of that as a career option and strategies need to be put in place to help students at tribal colleges and that other institutions realize that going into medicine is something that they can do.”

The report highlighted the importance of having diverse representation in medicine, including American Indian and Alaska Native people because they bring “their cultural histories and backgrounds to each patient encounter and often have the unique perspective to understand, relate to, and empathize with tribal patients.”

Patient trust, communication and likelihood to adhere to treatment were intensified when patients perceived that their beliefs, values and communication styles were similar of their physicians, making the presence of American Indian and Alaska Native physicians in patient care important for American Indian-Alaska Native patients, the report added.

Native physicians, in addition to African-American and Latino physicians, are more likely to practice in locations where 20 percent or more of the population are living in poverty, as well as in primary care health professions shortage areas and medically underserved and underfunded areas and are also more likely to serve medically underserved populations, according to the report.

Billy said that that just recruiting students to the medical field is not enough. Institutions should start early in helping to prepare students so they’re able to succeed.

“I think working with tribal colleges, for example, to develop a career pathway program, helping tribal colleges and other community colleges build the skills of students so that they have an interest and awareness and are able to succeed is really what’s critical” in trying to get more American Indian and Alaska Native students interested in medicine, she said.

Poll-Hunter said that she believes that the report is informative.

“Our hope is that all of our medical schools will take something from it, whether two or three effective practices and consider how they can be implemented at their institution,” she said.

“Whether it’s reviewing their policies, looking at their environments to make sure that they’re inclusive of American Indians and Alaska Natives, looking at the curriculum to ensure … I think at a minimum, all of our medical schools should have some content around the experiences, the health and the health care experiences of American Indians and Alaska Natives in the United States.”