cmaadmin (EDU)
Feb 6, 2019
Officials at some of Virginia’s largest public institutions of higher learning support allowing DACA recipients in the Commonwealth to pay in-state tuition, but recent legislative efforts in the state house and senate have failed to make it to their respective floors for votes.

Legislation sponsored by Sen. Jennifer Boysko, died in committee in late January, and the legislator said she will try again next year. And a bill sponsored by Del. Alfonso Lopez, never made it out of a house appropriations subcommittee around the same time. 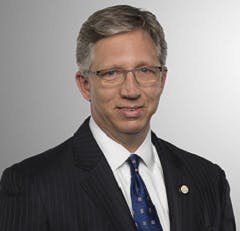 Some administrators at public colleges in Virginia have supported the initiatives to make higher education affordable to Deferred Action for Childhood Arrival recipients, also known as “Dreamers,” who almost exclusively are lower-income and first-generation Latino students.

“We have noted on the record in the past that we support this type of legislation because we are a college that has a significant number of students who could be impacted by it,” said Dr. Scott Ralls, president of Northern Virginia Community College (NOVA).

Ralls said that NOVA’s board has supported such legislation as far back as 2013. It would significantly lower tuition costs for participants in DACA, a program that President Obama created by executive order in 2012 to protect from deportation children of illegal immigrants. The Trump administration has tried unsuccessfully to end the program, saying it is unconstitutional for immigration law to be created by the executive branch rather than the legislative.

DACA recipients, ineligible for federal financial aid to help pay for school, are in limbo as neither the U.S. House nor the Senate currently has proposed legislation to resolve the issue. The issue was at the center of the recent partial shutdown of the federal government, the longest in U.S. history, as President Trump sought to tie DACA benefits with funding for a wall system on the nation’s southern border.

The barrier to access rises even higher at costlier institutions such as Virginia Commonwealth University, where out-of-state tuition for the current academic year for full-time students is $32,742 as opposed to $12,094 for in-state residents. And at George Mason University, out-of-state tuition for full-time undergraduates this spring semester is $16,260, more than triple the cost of $4,530 for in-state residents.

George Mason “is completely committed to access” for DACA students and supports in-state tuition for them, said Rose Pascarell, vice president for university life. “”It would be an amazing loss of talent to our state if we were to lose students who were not able to receive in-state tuition and who have lived in Vriginia their entire life.”

NOVA’s board voted in January 2013 to support a House bill by Del. Tom Rust, that would have made in-state tuition available to DACA students residing in Virginia, legislation also supported by system chancellor Dr. Glenn DuBois, said Wade.

Prepared testimony delivered to the House Education Committee on behalf of NOVA at the time noted that “NOVA is a majority minority institution working to meet the needs of major employers who both welcome a diverse workforce and recognize that their continued growth depends upon the success of students who face significant barriers,” Wade said. 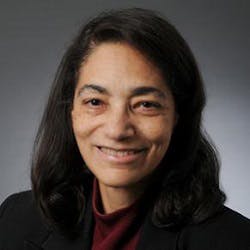 She also pointed out that at NOVA’s Alexandria campus in April 2014, state attorney general Mark Herring delivered an advisory opinion that Virginia DACA recipients could qualify for in-state tuition.

But the issue remains a source of disagreement among lawmakers.

The house education subcommittee voted last month to send the Virginia Dream Act to the full committee. Sponsored by Lopez, it would allow Virginia DACA recipients to get in-state tuition as qualifying refugees and lawful permanent residents known as “green card holders” currently do.

However, when the legislation got to the house appropriations committee, it died in that panel’s subcommittee on higher education.

Boysko’s senate bill was killed in the Committee on Education and Health on a party-line vote of 8-7 when Sen. Amanda Chase – who had supported the legislation weeks earlier – changed her mind as the swing vote, saying Congress should resolve the issue.

Undocumented immigrant students are permitted to receive in-state tuition at the state or institutional level in more than 20 states, according to the bipartisan National Conference of State Legislatures. Efforts are underway in some of those states to rescind the policies, while some schools in other states have not granted the benefit in the absence of a state law for fear of being sued.

DACA recipients in Virginia won’t get the benefit of in-state tuition “until there’s a Democratic majority in both houses and a Democratic governor,” predicted Dr. Toni-Michelle C. Travis, a political science professor at George Mason and an expert on race and gender politics, urban issues, U.S. politics and Virginia government.

“This is Virginia, and we have a lot of rural legislators who are not interested in diversity,” Travis said.

Nor are graduates of some of the state’s institutions of higher learning who live in the state, she added.

With many schools setting enrollment caps, some lawmakers seem to think that a spot given to a DACA recipient would be a spot taken away from a “real’” Virginian, Travis said.

“I think some see it as a zero-sum game,” she said. “They see it as, ‘If those DACA people are let in, somebody we think ought to be there is not.’”