ATLANTA— More than 600 student-athletes, faculty and college administrators gathered over the weekend to discuss ways that they can transform their institutions into places that embrace diversity, equity and inclusion.

The 2019 NCAA Inclusion Forum—now in its eighth year—became the space for individuals to share their personal stories, hear from experts and have “courageous conversations” about topics ranging from racism, homophobia, gender disparities and mental health.

Through a combination of lectures, panel discussions and interactive exercises that pushed participants to venture outside of their comfort zones, this year’s convening titled “Dreaming Out Loud: Transforming Passion to Action,” is the latest example that the NCAA is beefing up its efforts to promote diversity and inclusion on campuses across the nation. 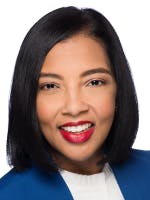 “I think that the energy of our participants and the content of the sessions just makes it electric,” said Dr. Katrice A. Albert, executive vice president for Inclusion and Human Resources at the NCAA. “I think the membership is hungry for the scholarship around inclusive excellence, blueprints of things that are working, the ways that they may be able to go back to their campuses and activate, and then having our student-athletes voice at the center of this work.”

Indeed, that is what has made this forum different from others.

According to Albert, student participation was up by 25 percent. During an opening plenary session, student-athletes discussed how they have been the driving forces behind inclusive excellence initiatives on their respective campuses.

Centering student voices in these conversations was intentional, said Albert, who added that having the forum in Atlanta this year—the cradle of the civil rights movement—was particularly significant given that it was student leaders who propelled the movement forward in the 1960s.

“Let the young people lead us,” said Albert, who added that she was inspired to see educators who “coach, teach and lead” students engage in levels of cultural competence with their students.

Amid laughter, tears and moments of affirmation, the participants showcased what’s helped to move the needle in bringing individuals together on their campus.

Those kinds of best practices are useful and serve as “roadmaps to how you can go and beta test some of these models on your own campuses, tweaking them for the campus culture, but giving yourself a guide,” said Albert.

Just six months shy of her two year anniversary on the job, Albert said that she is already planning for at least 1000 participants—300 of whom will be students—to participate in the ten-year forum in 2021.

Over the past few years, the NCAA has launched new programs like the Common Ground initiative—a multi-year project that brings together LGBTQ advocates and people of faith together to discuss how college athletics can be welcoming and respectful for student-athletes and athletic staffs of all faiths, sexual orientation and gender identities.

Dan Wood, executive director of the National Christian College Athletic Association said that after he signed up to participate in the initiative, he heard from the majority of his board of directors who was opposed to his involvement in the effort.

But he said that the experience has been life altering.

“My wife has a better husband. My kids have a better Dad since I’ve been a part of this,” he said.

Sheridan Blanford, director of inclusion for the Division of Intercollegiate Athletics at the University of Wisconsin-Madison has attended the forum across the years and says that she always leaves inspired.

“I love the Inclusion Forum because it brings a good majority of people who are really invested in this work to one space, and we all are trying to figure out how we can be better in our selective areas and it’s just really great to be around a lot of like-minded, extremely progressive people that really want to see our spaces be better,” she said.   “A lot of these people come and figure out how to take this back to cater it toward their respective jobs, but this is my job. So I get to do it everyday and I always walk away feeling like my tool belt is set and full and ready to go.”