Manufacturing in the United States has declined from its heyday decades ago, but it remains a major source of good jobs in most states for people without bachelor’s degrees, according to the latest study in a series by Georgetown University’s Center on Education and the Workforce.

As the manufacturing industry migrated from a stronghold in the Northeast to current hubs in the Southeast and Midwest, its share of employees fell from 23 percent of American workers in 1940 to around 10 percent in 2016 while service jobs grew from 21 percent to 55 percent, according to The Way We Were: The Changing Geography of US Manufacturing from 1940 to 2016. 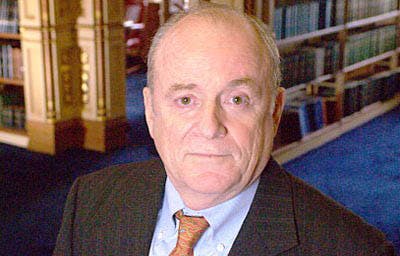 The study, done in partnership with JP Morgan Chase & Co., pinpoints Indiana and Wisconsin as the only two remaining states where manufacturing is the biggest employment source.

However, manufacturing “still is the top provider of good jobs for workers without a bachelor’s degree in 35 states,” noted Dr. Anthony P. Carnevale, CEW director and the report’s lead author.

•Employment in agriculture, mining, and manufacturing combined fell from more than 40 percent of U.S. workers to less than 15 percent.

•The greatest growth in skilled-service industries was in health services, which increased from 2 percent to 14 percent.

•The share of workers almost tripled in educational services and in real estate, financial activities and professional and management services while nearly doubling in food, leisure, administrative and other services.

Additionally, business and professional services – combined with insurance, finance, real estate, rental and leasing – increased from 10 percent of the nation’s economic output in 1947 to 30 percent in 2016.

Several interrelated trends have contributed to the evolution of U.S. manufacturing, the study explains: a decline in the sector’s share of economic output and a corresponding increase in the service sector; a shrinking manufacturing workforce due to automation and more intense international competition; and increased U.S. worker productivity, foreign trade and offshoring of manufacturing jobs.

And, added, Carnevale, manufacturing’s employment base shrank even further after China joined the World Trade Organization in 2001.

Following the recessions since 2000, manufacturing has begun to come back somewhat, said Neil Ridley, report co-author and director of CEW’s State Initiative.

“As employers started to hire and as the economy has improved, they indicate that they are facing greater difficulty in finding workers,” similar to other sectors, Ridley said. “Many of the firms indicate that younger workers are choosing to look at other industries. They are intrigued by information technology and other fields besides manufacturing. The perception hasn’t always caught up to the reality that jobs in manufacturing have really changed.” 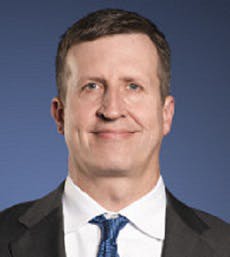 However, he noted, a recently released CEW report – Upskilling and Downsizing in American Manufacturing – projected a 2-percent decline in manufacturing jobs nationwide up to the year 2027.

As states with large populations working in manufacturing adapt to advances in the industry, employers and educational institutions are coming together in innovative partnerships to prepare workers.

“There are examples where community colleges, especially, and technical colleges in some states have started to work with manufacturing firms to develop the workforce and a supply of workers needed,” said Ridley.

On Tuesday, for example, the U.S. Department of Labor announced that a collaboration in Ohio will get a $12-million grant through the department’s Scaling Apprenticeship Through Sector-Based Strategies program.

Manufacturers across Ohio repeatedly cite workforce as their top issue of concern, and the partnership will use the grant funds to upskill 5,000 Ohioans over the next four years through Industry Recognized Apprenticeship Programs, a new earn-and-learn model authorized by the labor department.

“Ohio manufacturers understand that it’s time to change the way we develop talent,” said OMA president Eric L. Burkland. “Industry Recognized Apprenticeship Programs take the best of traditional, registered apprenticeship – structured on-the-job training, with related classroom instruction and regularly increasing wages – and give manufacturers the flexibility to determine which skills and outcomes are most important to their long-term success.”

Each apprenticeship will be tied to a specific industry-recognized credential to ensure that they provide high-quality training, Burkland said.

The timing of the grant award is perfect for Ohio manufacturers, he added.

“For the last two years, we have been building a system of regional industry sector partnerships to foster collaboration and resource-sharing among manufacturers and their education and workforce partners,” said Burkland. “It was this systems-level work that prepared us to submit a compelling proposal to the Department of Labor.”

Ohio TechNet, a consortium of Ohio’s community colleges and other post-secondary education institutions, is a major element of that system. It was launched in 2014 to accelerate the readiness of Ohio’s workforce for manufacturing careers.

Leaders across Ohio’s institutions of higher education, including community colleges, universities and technical centers, “understand that we need new ways to partner with industry to ensure that our communities are ready for both the jobs of today and those of tomorrow,” said Ohio Department of Higher Education chancellor Randy Gardner. “Scaling apprenticeships through this new investment will offer expanded opportunities for meeting talent needs of Ohio’s manufacturers.”

Dr. Marcia J. Ballinger, LCCC president and leader of the Ohio TechNet consortium, stressed that new forms of industry-education collaboration are critical to equip manufacturing workers to have the new skills employers demand.

“Scaling apprenticeships in new and different ways is an innovation that works by providing opportunities for employers to build a workforce to spec, provide blended earn-and-learn models for individuals and foster redesign of programs at higher education institutions to reduce time and cost to earn a degree and credential,” she said.