Dr. Charlie Eaton at the University of California – Merced and Dr. Marybeth Gasman at the University of Pennsylvania were decrying intimations by the Department of Education that it intended to rescind “gainful employment” rules written to protect post-secondary students from institutions with predatory recruiting practices, subpar graduation rates, meager earnings for graduates and high levels of student loan debt. 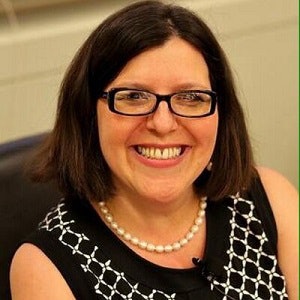 Now, the two academics are among those lamenting the damage that they say low-income and minority students are likely to suffer as a result of the federal agency’s official decision to jettison regulations put in place by the Obama administration to help police programs at for-profit, career-education and other post-secondary institutions that receive title IV funding.

The policy change “is not smart and further disenfranchises low-income students and disproportionate numbers of students of color who attend for-profit institutions,” said Gasman, the outgoing Judy & Howard Berkowitz Professor of Education at the University of Pennsylvania and incoming distinguished professor and Samuel DeWitt Proctor Endowed Chair in Education at Rutgers University.

The education department, under the leadership of secretary Betsy DeVos, seems to be “neither dedicated to increasing equity nor making students’ lives more supportive,” Gasman added.

Eaton said he believes the rescission “will definitely have a negative impact for low-income students and other vulnerable groups, including veterans and communities of color that are often targeted by for-profit colleges.”

Eaton also predicted that the department’s revocation will face legal challenges and that the education department likely would lose.

The department “has not had a good track record of defending its regulatory repeals in court, so this may not stand up when challenged in court,” he said.

“But in the meantime,” he contended, “damage will be done.” 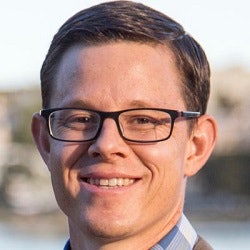 Eaton said enrollment declines occurred at many for-profit schools following introduction of the rules, and he predicted that enrollment would begin to rise now that the rules have been revoked.

The education department’s rationale was that the rules placed an onerous reporting burden on institutions which, in turn, increased costs to students. The department, which has argued that more competition in education will promote better quality and ultimately benefit students, also contended that the regulations were biased against for-profit schools, which disproportionately serve minority and low-income students.

Although there was bipartisan support in Congress for rules to enhance accountability of institutions when high student debt and default rates thrust for-profit schools under a microscope a decade ago, lawmakers failed to pass legislation and Obama’s White House went around them and issued the gainful-employment rules. Schools risked losing their federal funding if they continually produced graduates and dropouts with high debt loads and no gainful employment to show for their schooling.

Others have slammed the repeal of gainful-employment rules, with several student and higher education advocacy groups issuing statements.

In a statement for The Education Trust, senior vice president for partnership and engagement Denise Forte noted that the rules were put in place “to protect hundreds of thousands of students — often students of color, veterans, and students from low-income backgrounds — from predatory career-education programs that leave them with crushing debt and no degree, or with crushing debt and a worthless credential.” 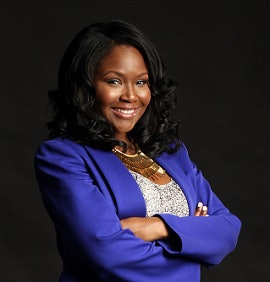 She said eliminating the rules constitutes an attack on students the education department is supposed to be protecting and will allow predatory programs to “continue to access billions of federal dollars while harming students financially and leaving many with an empty promise of higher education.”

“The need for a college degree has never been clearer,” Forte added, “yet this administration continues to put students at risk by leaving them exposed to bad actors.”

Soncia Coleman, senior director of program for Young Invincibles, issued a statement saying that the rules revocation places “the interests of predatory, for-profit colleges over hard-working students and taxpayers.” and “allows bad-acting schools to flourish with no accountability to its students or the taxpayers.”

Rather than empowering schools “to give today’s students the knowledge and skills they need to achieve financial security,” she said, the education department is showing that it “cares more about predatory, for-profit colleges than it does about protecting the students, families, taxpayers and responsible schools that this rule helped.”

In fact, the action will allow about $5 billion in federal financial aid to go to schools that have failed to meet standards and otherwise would close, Rep. Bobby Scott, chair of the House Committee on Education & Labor, said in a statement.

“The decision to eliminate clear enforcement standards does not absolve schools of their obligation to provide students a worthwhile education that leads to gainful employment,” Scott added. “But by eliminating this rule without enforcing any alternative standard, the education department is giving low-quality, for-profit colleges a free pass to charge high legal tuition for worthless credentials that leave students with insurmountable debt.”

Now, Scott said, it is urgent that Congress pass “a comprehensive reauthorization of the Higher Education Act that protects students and taxpayers from low-quality for-profit schools.”

Eaton isn’t sure that predatory practices will return to their former levels, saying he has observed neither private equity investors buying for-profit schools nor “a flood of Wall Street money” flowing again into the for-profit postsecondary education sector.

“To me,” he said, “that is a sign that investors are not seeing the same durable opportunity for predation that they saw previously.”

This report was updated to clarify that the Penn Center for Minority Serving Institutions, which Gasman created, no longer exists. She officially begins working at Rutgers on Sept. 1 and will serve as executive director of the Samuel DeWitt Proctor Institute for Leadership, Equity & Justice and the new Rutgers Center for Minority Serving Institutions, which she established.