WASHINGTON – There’s a lot of important legislative and policy change afoot in higher education in 2019, and community colleges leaders should make sure they have seats at every table and voices in every discussion.

U.S. Department of Education officials Scott Stump and Casey Sacks put an exclamation mark on that point during a general session Tuesday morning. Stump, assistant secretary, and Sacks, deputy assistant secretary for community colleges, both in the Office of Career, Technical, and Adult Education, talked Pell Grants, Perkins V and other issues in a packed room of more than 300 attendees. 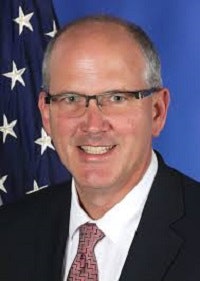 Secretary of Education Betsy DeVos advocates schools and states rethinking every aspect of education in search of ways to improve outcomes for students, Stump said during a discussion moderated by Dawn Erlandson, chair-elect of the ACCT board of directors and a trustee for the Minnesota State Colleges and Universities system.

“The secretary has laid out clear, common-sense principles” that promote student success, such as creating multiple pathways to a degree and expanding STEM fields, said Stump.

“‘Re-think has really been the mantra of Secretary DeVos since she stepped into the role,” said Stump. “The administration and the secretary are saying we need to re-think education. The world has changed and we are in a new reality.”

Thinking about education in new ways is critical to respond to “huge shifts” in technology and society, yet education is “the least disrupted industry,” Stump said.

“It’s time we have a quantum shift in how we do this business called education,” he said.

That view is echoed at policy and practice levels across the nation as higher education looks to significant economic, social and cultural changes on and off campuses. Current review and upcoming reauthorization of the federal Higher Education Act is one of numerous key issues that demand the attention of educational institutions.

Another change afoot is providing Pell grant eligibility to individuals in correctional institutions so that they can earn a credential, which is being done experimentally in more than 20 states at nearly 70 sites – about half of which are community colleges – with bipartisan support, said Sacks. 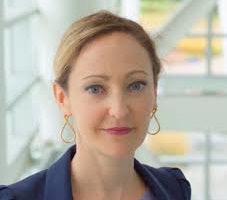 Such re-entry programs are important because educational credentials lead to jobs, and jobs have been shown to cut recidivism. Sacks added that wrap-around services are needed to help that population, and the education department provides re-entry toolkits on its website for students and schools.

Community colleges tend to be at the forefront of change aimed at improving student access and success, Stump said.

“Community colleges are the most nimble part of America’s education system, especially in terms of workforce development,” he said. “And we need you to be more nimble.”

“Question everything,” Stump urged, from methodology to institutional processes to relationships with businesses and other partners, ensuring that “nothing limits our students’ opportunities to be prepared for what’s next.”

Sacks encouraged community college leaders to read the rules the education department is proposing for accreditation and respond by contacting rule-makers, attending the public meetings in the Capitol or watching them on livestream, and providing online feedback with questions or concerns when the rules are published.

Stump also encouraged active involvement in instructions regarding review of the $1.1-billion Perkins V program, the main source of federal funds for career and technical education (CTE) at secondary and post-secondary institutions. Last year, a bipartisan Congress passed the Strengthening Career and Technical Education for the 21st Century Act, a revision of the Carl D. Perkins Career and Technical Education Act.

Allocations to each state are based on population, and each state determines how the funds will be divided between secondary and post-secondary education sectors. Needs assessments at the local level can help states understand how to better allocate those resources, said Sacks.

Under the current system in most states, which has changed little if at all over the last several decades, Stump said, students and employers are “the losers” in how Perkins money is split. He advised community college leaders to review the allocation in their respective states and advocate for modifications that they think would better serve student and workplace needs.

“It’s a difficult discussion that needs to be had,” said Stump, later suggesting that it may be wise to consider how to tie together Perkins Act and HEA modifications for greater benefit to students.

Aligning various funding streams and tying them together to make a greater impact is worth considering, Sacks said, adding that the education department is available to help schools explore how.

“We want to engage with you,” she said, “and help you accomplish your goals and missions to better serve students.”

The nonprofit ACCT fulfills education and advocacy roles for the nation’s 1,103 community colleges, which serve about 12 million credit and non-credit students. Summit planners built in significant time for attendees to meet with lawmakers. Among ACCT priorities outlined in this first year of the new Congress are:

· Reauthorizing the HEA without risk-sharing penalties, with provisions to reduce debt for community college students and with creation of a national student data system to track completion and earnings.

Regularly attending the summit is important advocacy work for leaders such as Mark Mitsui, president of the Portland Community College, the largest post-secondary institution of higher education in Oregon.

Mitsui and two of the college’s trustees scheduled meetings on Capitol Hill with lawmakers and federal agencies as they work to weave a tapestry of resources that will help maximize the success of PCC’s 73,000 students, a sizable percentage of whom are low-income, first-generation, minority or undocumented.