To remain relevant, alumni associations must do more than plan class reunions and promote their schools, experts say.

When alumni of Morehouse College, the prestigious school for men in Atlanta, gathered in May for their annual class reunions, they gave the school a badly needed shot in the arm: more than $1 million.

Leading the pack of donors was the Morehouse class of 1949, a group whose members include retired Ebony magazine editor and author Lerone Bennett, lawmaker and former ambassador George Haley, and Murray Schmoke, the father of Kurt Schmoke, dean of the Howard University Law School and former mayor of Baltimore. With many class members deceased, and less than a dozen able to participate in their 60th anniversary reunion, the class of ’49 still proudly bested all other classes, presenting the school with $100,000.

“Our school and most others need money to support and maintain the institution,” says Haley, a Maryland-based attorney. “It shows [the] pride of the alumni in what has been done for them and helps the school help others,” says Haley, a former ambassador to Gambia who also served as the first Black to chair the U.S. Postal Rate Commission. He credits his alumni association with helping keep generations of “Morehouse men” in touch.

The show of loyalty to their school and alumni association demonstrated by Haley and his fellow members of the class of ’49 is fast becoming an endangered tradition, a relic of the past, say many involved with alumni associations and fundraising for colleges and universities. “Alumni associations are going out of vogue,” says veteran higher education fundraising consultant Charles Stephens, echoing the sentiments of many of his peers.

Although there are exceptions, most alumni associations face myriad challenges staying relevant in today’s world, says Stephens, a director and partner of Cincinnati- based Skystone Ryan, Inc., a fundraising consulting firm.

Membership in alumni associations, never large as a percent of total alumni, is running flat or declining, especially at schools where there is a fee for membership. Affinity schemes, like alumni-branded credit cards that helped alumni associations raise extra money, have run their course. Class reunions are declining in popularity, and alumni association participation at schools of all sizes is taking a back seat to professional and Greekletter organizations.

Younger alums, meanwhile, are increasingly distracted by other activities and question the value of an alumni association membership when a plethora of social networking tools on the Internet keeps them in touch with close friends from college. Also, alumni associations are getting drowned out by the blizzard of fundraising by schools scrambling to have alumni replace dollars lost from declining corporate and foundation support.

“Most associations are suffering,” notes fundraising consultant Jack Miller, president and CEO of the Colorado-based Miller Group. “Because you span an age group from their 20s to their 70s, the older alumni are looking for something different than the young person. The whole Web 2.0 presence means people can stay in touch today in ways that didn’t exist five years ago,” says Miller, referring to the disconnect younger alumni have with their schools through alumni associations.

Despite the breadth of challenges they face and questions about their relevance, alumni associations are becoming ever the activists in recent years after decades of being dependable and predictable booster squads for their respective schools.

College presidents who have proposed significant changes in a school’s focus have run into walls of opposition from traditionalist alumni associations that fear dramatic changes will eventually translate to lost heritages.

Such was the case at Delaware State University and Mississippi University for Women, to name a couple. In the Delaware confrontation, president Allen Sessoms left amid alumni association opposition to his vision to broaden the school’s mission beyond its traditional historically Black college or university (HBCU) focus.

“You are going to see more and more activism, as they (alumni associations) organize around causes and things they care about,” says Bob Sevier, senior vice president of Stamats, the Iowabased higher e d u c a – tion consulting firm. “Organizing around a cause is going to happen more and more.”

Ann Henderson, president of the Council of National Alumni Associations, the group of presidents of alumni associations at HBCUs, says much of the ill will can be attributed to a growing disconnect between association leaders and college administrations.

The turnover of college presidents, vice presidents for development and alumni directors has been going on at a rapid pace in recent years, she says, adding the trend “creates a whole mass of confusion.”

College administrations now have little time to establish rapport with key constituency groups and explain themselves, Henderson says. Amid this churn, alumni associations, which also change leaders every few years, increasingly see their roles in more personal terms, as protecting their schools from the whims of revolving door leadership.

“How does the president, who may or may not be an alumnus, negotiate with people who see themselves as protectors of the golden shroud?” asks Stephens.

Challenging school presidents is not the only target of some well-organized alumni associations.

In Texas, the alumni association at The University of Texas at Austin mobilized its grass roots advocates for higher education to win a major change last month to a 1997 college admissions law. The law, aimed at diffusing attacks on affirmative action in college admissions, guaranteed college admission to all high school seniors who placed in the top 10 percent of their graduating classes. Citing overcrowding at its school, the Texas Exes, as the alumni are called, helped persuade the state Legislature to allow UT Austin to cap automatic admissions to 75 percent of each freshman class starting in 2011.

“Our role was to be the voice for the campus,” says Leticia Acosta, director of public policy for The University of Texas at Austin Alumni Association. An independent organization with basic annual dues of $50 and 85,000 dues-paying alumni, the UT Austin alumni association is considered one of trend-setting alumni groups.

“There’s always this perception that alumni associations are boosters for athletics,” says Acosta. “That’s not what we are about here,” she says, ticking off the 40-member staff ’s tasks of legislative advocacy, career services for alumni, maintaining alumni records and scholarships.

The UT Austin Alumni Association is among a handful of alumni associations at major schools that have well-organized legislative networks that can be mobilized in an instant to urge state lawmakers to take actions on specific matters they feel are of importance. Most are independent of the school, even in cases where they are housed on campus and work in close coordination with the school’s office of development.

Still, with all their size and reach, the big alumni associations are having to retool for relevance, just as their smaller brethren are.

To boost their appeal, some alumni associations are considering more intense “content management” for their traditional alumni magazines, customizing the print and electronic versions to more closely match the interests of specific alumni groups.

To ensure appeal to their growing minority alumni populations, alumni at historically White colleges and universities are stepping up efforts to include people of color in as many ways as possible.

At Auburn University in Alabama, alumni relations director Debbie Shaw says the school’s alumni association has been staging events targeted toward students of color, a move that is paying off in greater participation on the part of min o r i t y alumni. “ O n c e here, we want to engage them in the overall mission of the alumni association,” says Shaw. “We don’t feel it’s truly a success until we have integrated them into the full organization. It’s ongoing.”

At most HBCUs the challenge of becoming relevant is compounded by the lack of capacity for associations to change. On a good day, only about 10 associations are operating with a full tank of gas, says Henderson of the Council of National Alumni Associations.

Of the nation’s 103 HBCUs, less than half a dozen HBCU alumni associations have more than 2,000 dues-paying members, Henderson says. Less than half a dozen have endowments, most of which were worth less than $500,000 before the economy collapsed. Also, most are shooting too low, she contends, as in only raising money for scholarships when their schools need unrestricted operating money as much as anything.

“You may have 10 alumni associations that are into ambassadorships, lobbying and doing everything you can for your school,” says Henderson, a former director of alumni affairs at LeMoyne-Owen College in Memphis. “The others are busy fighting themselves. We’ve gotten totally unfocused on what’s important and allowed our schools to decay for lack of support. We are personalizing things and it shouldn’t be coming out that way.”

Henderson and Stephens are working on several efforts to get HBCU alumni associations off the battlefields and back into the booster seat, the welfare of their schools requiring it.

“I think the alumni association could be a tremendous resource if it is properly organized and resourced. There is a tremendous opportunity. The mindset would have to be changed on the part of administrations and associations,” Stephens says, for that to be achieved.

A Shot of Confidence

At Morehouse, where the 1,500-member alumni association and school administration appear in-synch more often than not, the association is responding fast to the issue of relevance as fewer and fewer people such as the Class of ’49 populate its ranks.

“It’s not an unusual kind of circumstance,” says alumni association executive director Collie Burnett, referring to the low level of interest in alumni association activity among recent grads. “It took me a good 10 years” to get interested, says the 1972 Morehouse graduate.

Still, Burnett admits, the association must do more than pull together class reunions and promote the school with recruitment efforts and scholarships if it is to remain relevant.

It hopes to do so, he says, with an increased focus on serving the real time needs of alumni. It swung into action late last year providing badly needed financial aid to several hundred students short on cash to complete this past school year. The need is great, too, for many graduates.

“We have alumni who are out of work and out of touch,” says Burnett, a reference to the loss of thousands of jobs by college-educated adults hit hard by the nation’s current economy free fall.

The alumni association is developing several programs to provide services to these men, Burnett says. Among the ideas being explored are an online jobs banks that can be accessed by Morehouse alums only and a series of online continuing education classes that would be taught by Morehouse faculty.

“When you look at what men really need in the 21st century, it’s a shot of confidence,” says Burnett. “By supporting their needs they feel better about giving to the school.” 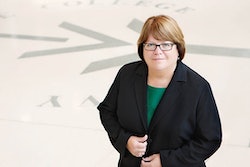 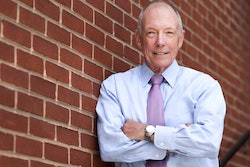 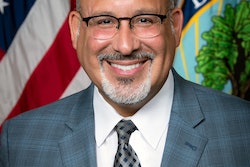