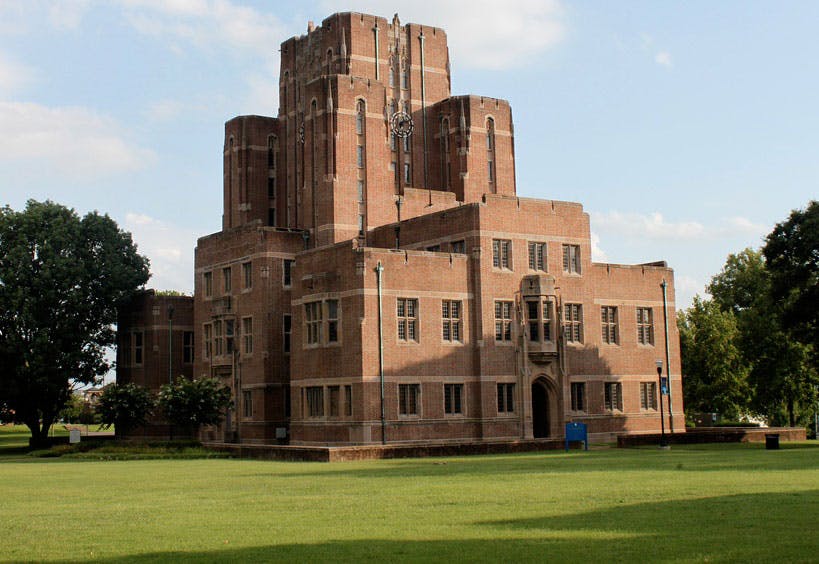 Fisk University, showing a fiscal bounce from a recent windfall of money generated by the sale of half ownership in its treasured art collection, filed a new “monitoring” report this month with the Southern Association of Colleges and Schools (SACS), hoping the document and a SACS special committee visit next month will set the stage for the institution to win a clean bill of health from SACS in December.

The monitoring report was filed as part of Fisk’s efforts to persuade the powerful higher education accrediting agency to remove Fisk from probation, a status it has held since December 2011 following determinations by SACS dating to 2009 that the university has failed to comply with a growing shopping list of key criteria that make up part of SACS’ voluminous Principles of Accreditation.

The Principles, a check list akin to a thorough home or automobile inspection, are standards by which the hundreds of SACS member colleges across the South are measured to assess whether an institution merits accreditation.

In its most recent assessment of Fisk, in December 2011, SACS determined Fisk should be placed on probation due to lingering questions SACS has about the university’s financial stability and controls, the caliber of its governance board and administrative and academic leadership and compliance with the federal government’s Title IV programs that, among other things, aid historically Black colleges and universities.

Neither Fisk nor SACS will disclose or discuss monitoring reports.

At next December’s scheduled meeting of the SACS Commission on Colleges, the panel has several options. It could accept Fisk’s report, remove it from probation and reaffirm its accreditation for the standard period of 10 years or decide the university is still in non-compliance and take the unusual step of extending its probation for a third year. It could also decide to strip Fisk of its accreditation.

Accreditation is essential to the viability of tuition-driven colleges and universities as the federal government does not dispense student aid funds to unaccredited institutions.

That was briefly the case earlier this summer when SACS stripped St. Paul’s College of its accreditation after two years of probation. The tiny Virginia college was able to avert a shutdown after the SACS decision when it quickly sought and obtained an order from a federal district court in Georgia temporarily blocking the SACS decision, pending a hearing on the merits of the university’s contention that the SACS’s action was unwarranted. SACS agreed to the court order.

The court intervention made it possible for St. Paul’s to continue enrolling students with assurance that students in need of federal financial assistance to help pay for college would get it and be able to pay the school what it is due.

No date has been set for a hearing on the merits of the claims against SACS made by St. Paul’s whose probation status for two years and eventual expulsion from SACS was for some of the reasons SACS cited in placing Fisk on probation.

While Fisk officials were mum on the contents of the university’s filing this month with SACS, it is believed the report includes at least some headlines from the stream of what the institution considers good news derived from the $30 million cash it grossed from the sale this summer of half its interest in the 101-piece Alfred Stieglitz Collection of art and photographs.

The university’s recent audit was a “good audit” and its overall fiscal condition is the best it has been in several decades, said a Fisk official. Pay cuts imposed several years ago, as the university’s already troubled fortunes were worsened by the impact of the Great Recession, were restored August 1. On September 1, Fisk also resumed matching retirement savings up to 5 percent, an employee perk it had suspended several years ago as one of several moves to conserve dwindling cash.

Fisk is also touting a stronger endowment, some $22 million, although nearly half that amount is earmarked for short- and long-term projects, including $5 million for programs a new president would want to launch and more than $3 million to support the ongoing care of the art collection.

SACS may also have lingering questions about the university’s leadership capacity. Some changes are occurring on the university’s board of trustees, and embattled President Hazel O’Leary, who championed the controversial art sale and was unable to generate significant independent donor or alumni giving during her seven years at the helm, is set to retire in December.

It is questionable whether those changes, particularly seating a new president, will be in place by then. For sure, the university was unable to definitively address those governance issues in its monitoring report filed this month. Fisk is among more than a dozen HBCUs hunting for new presidents. Its search committee held a meeting recently in Atlanta to begin sorting through what is said to be nearly 60 applications for the post.