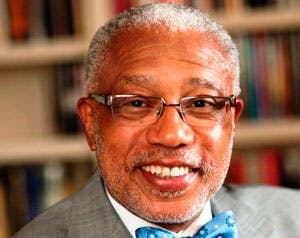 A new online education think tank that aims to expand the involvement of people of color in the growing national debate over how best to educate America’s children is being launched this week in Washington by a group of Black business and education veterans complemented by a broad-based corps of volunteers with special interests in education.

The nonprofit American Education Think Tank (AETT), in the works for a year with financial backing from a Maryland-business executive with a long association with historically Black colleges and universities, is entering the crowded and expensive field of think tanks by “using current technology to maximize efforts to gather together people to think about ideas around education,” said a statement from the organization.

Its idea is to use some 80 bloggers over the next year advancing an “array of ideas and thoughts” on education. The writings of these so-called “fellows” and the feedback to it will be harvested over the course of a year by the think tank’s Commission on Education for the purpose of developing an “agenda” for addressing the educational needs of the nation’s children, particularly children of color.

The roster of “fellows” who will be blogging periodically for the think tank includes several college presidents, such as veteran college administrator Dr. Henry Ponder, president of Oklahoma’s Langston University; university department heads such as Dr. Curtina Moreland-Young at Jackson State University; and front-line professors such as Dr. Cudore Snell at Howard University and Dr. Walter Earl Fluker, the Martin Luther King, Jr. Professor of Ethical Leadership at Boston University.

“This whole (education) reform movement has been backed by big foundations and wealthy people,” said Dr. Bobby Austin, the new online think tank’s managing director and a former vice president of the University of the District of Columbia. “This one is being backed by a small business person,” he said, referring to Dr. Carolyn B. Rudd, a Maryland business executive and provider of the think tank’s seed money of several hundred thousand dollars.

“I believe education is the future for our children as it was for me,” said Rudd, a graduate of Virginia State University and the College of William and Mary. She is founder, president and chief executive officer of CRP Inc., a training firm that contracts with several federal agencies.

Rudd’s thoughts about the importance of education echo the sentiments voiced by many speakers at the recent national political conventions of the Democratic and Republican parties, said Austin.

He noted that former Secretary of State Condoleezza Rice told Republican convention attendees that education was the civil rights issue of the day, Austin said. President Barack Obama, speaking at the Democratic convention, cited education as the gateway to the middle class.

“We’re at the cutting edge part of what education is going to be in the future,” Austin said, adding that more minority voices in the dialogue are essential. “The stakes are really high, and we’re going to be part of this dialogue going forward,” he said.

Austin said the new organization hopes to distinguish itself from others by being “efficient, cost effective and transparent.” Anyone can visit the organization’s web site and related social media vehicles to weigh in on ideas and opinions advanced by the fellows, not all of whom are expected to write and post on a regular basis or at the same time.

In addition to making the discussions of the online think tank accessible to computer users, Austin said the organization will try periodically to stimulate discourse on a particular topic by having a question of the month or some similar pitch to participants.

“Now a PTA president in Omaha can exchange ideas with an education expert at a North Carolina HBCU or the founder of a successful education program in Denmark,” said Austin. “We really are not political. We want people to talk about these issues, not tell them. We don’t have the answers. We want to provide the forum.”

Austin said HBUCs “are not in” the national dialogue about the future of education, despite having a history of innovation in educating people. “You have to bring them back in (the discussion),” he said.