Stephens Found His Calling in Fundraising 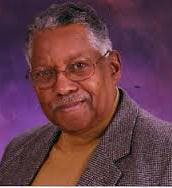 As a student at Morehouse College in Atlanta in the early 1960s, Charles Richard Stephens learned he had a knack for fundraising.

When he was wasn’t participating in sit-ins or other community and campus protests, his family recalls, he was recruiting members for the Butler Street YMCA in Atlanta. By the time he left in 1970, he had boosted membership by nearly 10,000 to more than 30,000 members. In the process, Stephens found his place in life and blazed trails along the way.

Stephens, who graduated from Morehouse in 1960 and went on to earn a master’s degree in 1995 at Central Michigan University, would parlay his YMCA skills into widely sought talent and knowledge as one of the first Black men hired in higher education with the specific responsibility of helping Black colleges and universities raise money. He did, and in the process, opened doors for Blacks to pursue fundraising opportunities throughout higher education.

Stephens died on Valentine’s Day at age 74, after a battle with cancer.

His funeral was set for today in Atlanta.

Stephens started professionally in 1970 as a regional director for the United Negro College Fund, eventually rising to the UNCF’s national campaign director, according to his biography. He left the UNCF six years later, having managed three national fundraising campaigns and supervised the organization’s national fundraising staff.

He was hired by Morehouse College as the first development officer of the Morehouse Medical Education Program (now Morehouse School of Medicine), then to Dillard University in New Orleans as vice president of development.

“He was a rival,” recalled Xavier University of New Orleans President Norman Francis. “No, we weren’t rivals” Francis said with a chuckle. “We were rivals but friends. He was a good man,” Francis said, echoing others asked about Stephens’ career and service.

From Dillard, Stephens went to Atlanta’s Clark University as chief of development. From Clark, Stephens joined Indiana University as chief development officer at its Center on Philanthropy, followed by chief fundraiser stints at the International Theological Center and an adjunct professor position at the Fundraising School of Indiana-Purdue University-Indianapolis (IUPUI). He later joined Skystone-Ryan Fundraising Consultants in Cincinnati, rising to managing partner. He worked with Skystone beyond retirement, serving as a senior consultant until his declining health impaired his ability to travel.

“He was always an advocate, masterful in building bridges between constituents,” said Arlene Cash, vice president at Atlanta’s Spelman College. “He was funny,” Cash recalled, saying Stephens had a knack for being able to defuse tense situations and “help you get through it. That was always the goal,” she said of Stephens.

Stephens, a jazz music enthusiast, volunteered almost as much as he worked as a paid fundraiser, his family biography suggests. Among the long list of civic and church activities in which he participated was the National Alumni Council of the UNCF. He served as president of that group for four years.

The Charles R. Stephens Excellence in Diversity Award is presented in his honor annually by the Association of Fundraising Professionals at its international convention.

Stephens is survived by his widow, Dr. E. Delores B. Stephens, two adult daughters, a brother and a host of other relatives and friends.