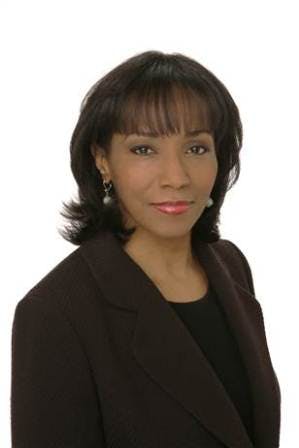 NBC chief education correspondent Rehema Ellis, speaker of the closing ceremony, said higher education should be a priority of this nation.

WASHINGTON — Recognizing stark differences between global and American education, the American Council on Education (ACE) directed educators and administration to reconsider the nation’s investment in education during the closing speech of their 95th annual meeting.

The conference, entitled “Leading Change,” raised key issues on how to improve college accessibility and affordability in order to reach President Obama’s 2020 goal of becoming one of the most educated nations. NBC chief education correspondent Rehema Ellis, speaker of the closing ceremony, sided with the president’s plan and announced that higher education is worthwhile and should be priority. Ellis, known for her global media coverage, referred to her trip to Finland, where its egalitarian system enables tuition-free colleges for all full-time students.

“Although higher education is subsidized in Finland, it is astonishing how strong the country advocates education for its students,” Ellis commented.

While in Finland’s higher education, it is arguably easier to implement a tuition-free system considering its political structure, Ellis points out that the investment in education, both secondary and postsecondary, is significantly stronger than America’s. In her speech, she recalled a moment from her trip to Finland where she met with a high-school teacher who reflected on the rarity of high-school dropouts.

“I asked a high-school teacher in Finland how many drop outs she encounters per year, and she laughed and responded, ‘Only about two,” Ellis shared.

The small percentage of high-school dropouts in Finland holds true at the collegiate level in Finland, according to Ellis. China, like Finland, has a similar education structure that is well-enforced starting at the kindergarten level. Ellis shared her reporting experiences in China, where her research found that the country’s year-long schooling contributed to the students’ college readiness, and therefore, decreased the amount of dropouts.

America’s 1.3 million high school dropouts and 1.2 million college dropouts presented a desolate reality that educators and administrators were called upon to address. For Ellis, the high dropout level is a direct result of the financial model of higher education.

“It’s difficult to recruit and recommend students to attend college when the price is just not affordable,” Ellis said.

The issue of college affordability and accessibility was one that ACE continually addressed throughout the conference. ACE President Molly Broad recommended that colleges and universities enforce a stronger emphasis on “making college available for all students.” Broad pointed out that colleges are lacking diversity, especially among Black males.

Broad recognized scholar Johnnetta B. Cole, director of the national museum of African art, for her efforts toward diversity and inclusion at the collegiate level. Cole is the former president and dean of Spelman College and Bennett College. She was recognized specifically for her work at Spelman, an all-women’s historically Black college. There, she helped the school reach the highest-ranking among all HBCUs.

Cole was presented with the 2013 Reginald Wilson Diversity Leadership Award, given every year to individuals who demonstrate a sustained commitment to diversity and inclusion.

Ellis said achieving education reform should be a responsibility that all educators and administration should inherit. Primarily disturbed by the education administration’s interest in enforcing stricter regulations for teacher assessment, Ellis cited several faults in the current system.

“Oftentimes, administrators place the blame on teachers for their lack in assessing students adequately, but many fail to realize the difficult job that teacher’s have,” Ellis said.

Aware of the many flaws in the current education system, Ellis closed her speech and the conference with a call to educators on raising education to more closely mirror systems abroad.

“We need to focus on more than making sure students are college-ready, but more importantly, that we work hard to ensure that they can access college.”