Southern Board to Meet Again to Vote on Chancellor’s Job 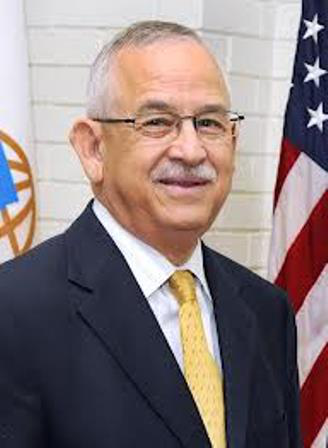 The Southern University System Board of Supervisors will convene in a special meeting to reconsider the fate of ousted chancellor of Southern University-Baton Rouge, James Llorens. Last Friday, the board decided in a 9-6 vote not to give Llorens a one-year extension, based on the recommendations of SU System President Ronald Mason. Pending the special meeting, Llorens’ last day will be June 30.

The decision to oust Llorens was made after Mason recommended the board renew his contract only if certain organizational changes were made, which ultimately would give Mason more authority over the campus. Similar administrative changes were made at Louisiana State University last year, when F. King Alexander assumed the role of president of the LSU System and chancellor of the university. SU Board Member Myron Lawson said he hopes what happened at LSU did not serve as a motive for Mason’s judgment.

According to Lawson, the board intends to meet within the next month and he hopes the results are in Llorens’ favor.

“My position is that he deserves an opportunity to start seeing the fruits of his labor and to complete those things he has started,” said Lawson, who is also a former board chairman. “No one can do it all in two years. He deserves a chance to be a chancellor… I think he’s had to do so many managerial things [in the past] that he could not completely fulfill all of the things he should have done.”

Southern University students staged a sit-in Tuesday in an attempt to meet with Mason. Student board member Simone Bray wrote a letter to Chairwoman Bridget Dinvaut, requesting the board to hold a special meeting to discuss Llorens’ contract. Four other board members backed Bray, meeting the requirements to convene a special meeting.

Llorens took the helm as Southern’s chancellor three years ago at a time when Southern was amid budget cuts, failing APR rates, low enrollment numbers, high faculty and staff turnover. However, some Southern University students, faculty, supporters and alumni attest that the chancellor has turned the school around and it will take more than three years to get the school back on track.

“We know that registration and financial aid issues didn’t happen under Jim’s watch,” said Johnny Anderson, a Southern alum and former system board chair and member. “But Southern has always been an institution to take kids from where they are to where they need to be. We’ve got to promote goodwill and at this moment in history, James Llorens is doing what needs to be done to promote goodwill for SU … There’s something he’s doing that [is] resonating with students and alumni.”

Southern alum Deion Dorsett also questions the motives of Mason and the board’s decision. He is currently running as a candidate for a position in the Southern Alumni Federation and is a staunch supporter of Llorens.

“He’s done things that made sense and we want those things to continue,” said Dorsett. “We’re a long way from being in the great position that we want, but we’re heading in the right direction. As an alumnus, I’m happy with the direction that we’re going.”

When the alumni meet this summer for its annual convention, Llorens’ fate will be a talking point. But Anderson is concerned about how Mason’s motives will overshadow Southern’s centennial anniversary in March.

“I hope they do something before Southern’s 100th (anniversary),” Anderson said. “That kind of meddling can’t get started. We’re the only standing HBCU system in this country with five campuses and we should keep it that way. The president has done a great disservice … but usually, often time people make decisions to cover up their own motives. This is a power grab and it’s unacceptable.”

Mason said during a February 10 student government association campus meeting that his job was to evaluate and make a recommendation, but “ultimately, it’s the Board’s authority that decides whether or not the chancellor stays or goes, under what conditions and terms …”

Board member Calvin Braxton voted “no” to Mason’s recommendations to extend the contract under the given terms, but he said it was to support Llorens.

“It was kind of like they wanted me to vote yes, but I didn’t vote yes,” Braxton said during the campus meeting. “… At the next board meeting, I’m putting on the agenda as an action item to give Dr. Llorens a three-year, new contract at Southern University.

“Let me be clear,” Braxton continued, “I’m not talking about extending his contract. I’m talking about a three-year, new contract. We’re either going to vote it up or down and you’re going to find out who votes no and who votes yes. I vote yes.”