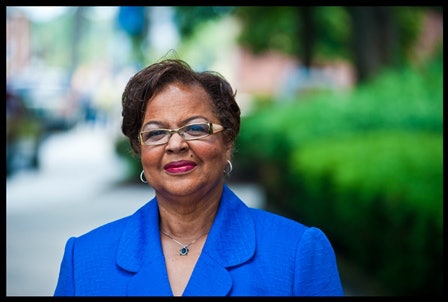 Dr. Dianne Boardley Suber, president of St. Augustine’s University, is one of three HBCU presidents that have resigned within a two-week span.

The Historically Black Colleges and University (HBCU) community, which has been rocked by leadership turbulence for much of the past three years, was jolted again last week when two HBCU presidents surprised their respective institutions with announcements they plan to leave their posts in a matter of weeks.

Late Friday afternoon, Dr. Dianne Boardley Suber, president of St. Augustine’s University, announced she was “retiring” at the end of May, ending a 14-year stint as chief executive of the private, liberal arts institution.

At Grambling State University, President Frank G. Pogue Jr. announced he was leaving June 30, ending a four and a half year stint with the state-controlled institution that has seen its state support cut by more than 50 percent over the last six years.

Their departures came just two weeks after Dr. Donald Reaves, chancellor of Winston-Salem State University, announced he will step down on December 31 after seven years.

Suber’s decision to depart, just as she was starting to make plans to celebrate her 15th year as president in December, came at the end of a turbulent behind-the-scenes battle in recent weeks with several of her top aides.

The differences, most of them centered on how best to handle the university’s deteriorating financial condition, resulted in Suber putting the university provost on leave several weeks ago and, earlier last week, firing the vice president for business and finance. Other staffers reassigned or departed, after disagreeing with Suber over the pace and breadth of budget cuts they felt were urgently needed.

“Sometimes we tend to ‘stay too long at the fair,’” Suber said in her retirement statement. “More often, we stay just long enough.”

On Thursday, in a statement explaining the “changes” to the St. Augustine’s Executive Management Team, Suber said the university was “at a critical juncture…”

“…We need to be vigilant in assuring that every administrator on the team shares both the mission and the vision of the University,” she said. “In these times of extreme financial challenges, and given the current political landscape of our country, that sometimes means putting our personal philosophies on a back burner and supporting practices that strengthen the infrastructure of the University over the long haul.”

That statement was issued as word spread throughout the university community that it was the vice president for business and finance who sent an audit report to the university’s board, asserting that the president was not following the university plan and that her actions were not improving the institution’s precarious financial condition.

Similar to other HBCUs that have been dealing with financial difficulties and tension between their board of trustees and university president, for St. Augustine’s, a dramatic and sudden fall in income played a major role in the  concern over the institution’s future. Like other HBCUs, St. Augustine’s had a number of students enrolled due to the federal government’s Parent PLUS Loan program (PPL).

After the Department of Education made what it called “technical” changes to the PPL criteria in 2012, St. Augustine’s lost 238 students due to their inability to qualify for PPL aid under the new requirements, according to Suber in an earlier interview with Diverse.

Suber nor other St. Augustine’s officials could be reached for additional comment. The university plans to hold a news conference on Monday, during which its board chairman will discuss the institution’s plans in light of Suber’s departure.

At Grambling, sources familiar with Pogue’s surprise decision to leave before his five-year contract expired in December say he had begun to feel the work he had done since coming to the university in 2009 was getting overshadowed by criticism over “tough” decisions he made to deal with problems he inherited and found during the course of his service.

For three years before Pogue’s arrival, Grambling received criticism from the state’s Legislative Audit Office over the university’s business practices. Sources say Pogue resolved the matter and noted that the university has had a clean audit from the state for three years in a row. Pogue is also credited with imposing minimal pain on the overall institution and its employees during the series of budget cuts required as state aid dwindled.

The significance of Pogue’s achievements began to get overshadowed in recent months as his decision to dismiss Grambling football legend and head coach Doug William triggered a major backlash from Gramblinites.

A “strike” last fall by Grambling’s football team, complaining about facility and travel conditions, added to Pogue’s focus being distracted from issues significant to the core mission of the institution.

Despite receiving much praise from leaders of the Board of Supervisors of the University of Louisiana System and having the support of most university advisers, Pogue felt he had done all he could for the institution.

“He came at a time when there was great instability at Grambling,” said university system President Sandra Woodley to The Advocate, the daily morning paper in Baton Rouge. “He gave up five years of his retirement to put his energies into Grambling,” she added, noting she felt he had made a positive difference at Grambling.

Woodley said there was no timetable set for finding a president for the 5,000-student institution.

Augustine’s, Grambling and Winston-Salem State have now joined a group of HBCUs currently on the hunt for presidents, including Howard, Tuskegee and Norfolk State universities. In addition to FAMU, Fisk, and North Carolina Central universities, presidential vacancies at more than half a dozen other HBCUs have been filled in the past two years.