WASHINGTON — The head of the University of Delaware has been selected to be the new president of the Federal Reserve Bank of Philadelphia.

The bank’s board of directors announced Monday that Patrick T. Harker, 56, will succeed Charles Plosser, who retired effective March 1. Harker will take over on July 1.

In addition to serving as president of the University of Delaware, Harker was a professor of business administration and a professor of engineering at the university.

Plosser had announced last year that he would retire when he reached the bank’s mandatory retirement age. He had been a leading “hawk” at the Fed — expressing concerns that the central bank has been too slow to raise interest rates and that this could trigger unwanted inflation in the future.

Plosser is one of two Fed hawks who are stepping down this year. Richard Fisher, president of the Dallas regional Fed bank, is also departing this spring after reaching the mandatory retirement age.

Both Plosser and Fisher cast dissenting votes at Fed meetings in 2014, arguing that the central bank needed to be moving more quickly to raising a key interest rate which the Fed has kept at a record low near zero for the past six years.

Under the Fed’s rotation rules, neither Plosser nor Fisher were voting members this year of the Federal Open Market Committee, the Fed panel of board members and regional presidents who set interest rate policies.

What is Higher Ed Community Looking for in State of the Union Address? 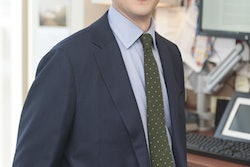 What is Higher Ed Community Looking for in State of the Union Address?

Does Loan Relief Lead to Increased Tuition? Probably Not, Says the Research