AAUP: Regents Did ‘Serious Disservice’ in U. Iowa Search

The American Association of University Professors said in a report Thursday the Iowa Board of Regents “acted throughout in bad faith” the search to faculty and others seeking the presidency.

The report says that regents allowed several prominent higher education administrators to believe they were participating in an honest search, when Harreld had the inside track.

AAUP says it’s hard to see “how anyone of intelligence” would seek a future presidency at one of the three Iowa universities governed by the regents.

Harreld told the AAUP the report was accurate from his perspective. The regents have defended the way they conducted the search. 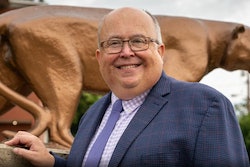