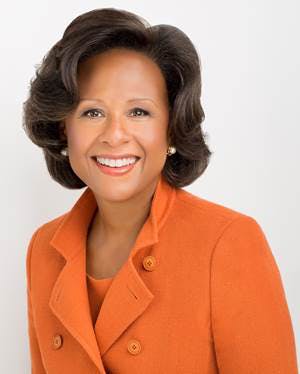 Wellesley College announced today it had selected Dr. Paula A. Johnson as its 14th president. Johnson will be the first African-American woman to lead the school that was founded in 1870.

She went to public schools in Brooklyn and started college at age 16, at Harvard-Radcliffe, later training in internal and cardiovascular medicine at Brigham and Women’s. Her research has focused in part on the differences in how men and women respond to disease treatment.

In an interview with WBUR on Thursday afternoon, Johnson said that moving from a career in women’s health to a Wellesley presidency was a “natural continuation.” She explained that her career-long focus on women’s health moved her to consider the role of higher education in shaping the lives of young women.

“It seems to me that one of the big contributions she’s made in the world that she’s been working in has been as an advocate for women’s health and for making a priority of women’s health,” Wellesley Provost Andrew Shennan, who served on the presidential search committee, said in a phone interview.

“One of the things that we’re looking for in the president of Wellesley is someone who is going to be an advocate for women’s education and leadership,” Shennan added. “Those skills, as a public spokesperson for those things, I think translate very well from the realm that Paula’s been working in up to this point to the educational realm.”

Johnson’s presidency will be a historic first for the college. Wellesley graduated its first Black student in 1887. As of 2014-2015, the student population was 5 percent Black, 9 percent Hispanic, 22 percent Asian, and 6 percent biracial or multiracial.

“We have a very diverse student body; we have a diverse community,” Shennan said. “I think that this diverse community is looking also to the college to show that we’re inclusive and that there are people of color at all the different levels of the hierarchy. So I think it’s a powerful message about inclusion for students in particular, but for all of us, to see at the very top of the institution, an African American.”

Johnson will take office on July 1, according to a statement from Wellesley. Her selection as the next president of Wellesley is the culmination of an eight-month search to find a successor for H. Kim Bottomly, who announced she would step down as president this summer after nine years of service.

“I think we have been committing ourselves to bringing greater diversity to our faculty ranks, to our administrative ranks, to our senior administrative ranks, even, I would say, to our board of trustees and so forth,” Shennan said. “That is a longstanding commitment of the college. I think that obviously bringing it to the presidency is the most visible way of demonstrating that deep commitment.”