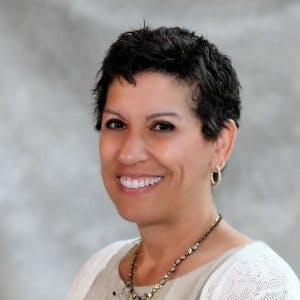 Those familiar with Prince’s body of work will remember the song “The Morning Papers” from the 1992 Love Symbol album, wherein he celebrates romantic love and simultaneously acknowledges the media spotlight that shone on many aspects of his life. Now, on the occasion of his untimely departure from this life, media coverage from nearly every available outlet brought the news of his death this morning to a stunned world.

Undoubtedly we have lost a monumental talent and an artist for whom love of all kinds seems to undergird his decades-worth of unique talent and creativity. In the subsequent outpouring of grief from around the globe, Prince’s life and work will take center stage as we all mourn the loss and attempt to discern the impact of his contributions to the world.

Music, art, fashion, dance, popular culture in the U.S. and beyond, and especially the lives of those who will continue to revel in Prince’s prolific output, have been enriched in a myriad of ways. Prince has been acknowledged for his musicianship, his showmanship, the more controversial aspects of his career, his fight against corporate enslavement, and his desire to keep evolving as an artist. This was not a musician who was looking for the formula to make hits—he mastered that early in his career that spanned many decades and helped others in the music industry to do the same.

He poured profound creativity into the world and shared it with eager audiences, even though many were often puzzled by the complexity of his gifts and talents. Yet scores of musicians credit him as the impetus for their own careers. And many more people—friends, not fans, as he would describe them—credit Prince with helping them through tough times as they were able to identify with the stories woven throughout his music. And of course many have expressed their outrage and/or their delight as Prince pushed the boundaries of race, gender, and representation on the cultural landscape. He reached people in so many different ways during his time on this planet that it may take decades to determine the full effect of his life and work.

I personally have Prince to thank for inspiring me to study the aspects of the culture in the U.S. that he navigated in pursuit of his overarching passion for artistic endeavors. In 1991, after following Prince’s musical career since the late 1970s, I entered a doctoral program that I chose specifically so that I could immerse myself in research about his work and the ways in which he navigated a post-civil-rights culture to work his way from the margins to the mainstream. All of that resulted in a completed dissertation focused on evolutions of Black performance in contemporary culture, with Prince’s ability to master new technologies of representation as the driving force behind it.

The range of his expertise and his artistic reach enabled me to incorporate print culture, visual culture, and cyberspace as representational realms where people of African descent have negotiated their way to “virtual freedom.” Through creativity, ingenuity, and determination, Prince, like many other creative intellectuals of African descent before him, fought to render the same instruments—technologies of print, visual culture, and cyberspace that have aided in the relegation people of African descent toward the margins of society—as tools toward self-determination.

Indeed, Prince’s interactive CD-ROM game that was developed by Graphic Zone and released in 1994 became the vehicle through which I was able to explore contemporary Black performance as the virtual experience chronicled the vast amount of work Prince had created to date and celebrated the symbol that he adopted as his name during his much publicized struggle with Warner Brothers around contractual obligations.

I struggled, too, as I completed my doctoral work with feedback that sometimes suggested my topic was not academic enough, or that I might not be marketable if I insisted on incorporating Prince and his oeuvre in my research. But I was undeterred and even more committed as I completed my doctorate. I am thrilled to credit him as my inspiration along the journey to earning the Ph.D. and am delighted that I was able to interject a discussion about this iconic artist and activist into the academy during a time when the focus on contemporary culture was not fully embraced as a rigorous academic endeavor.

Stories like mine and many others, I am certain, only scratch the surface of what Prince’s presence in the world has meant and will continue to mean. And today, the morning papers shared the stunning news of his death and provided a celebratory look into a life well-lived. As the world grieves Prince’s passing, we are reminded of the love that he embodied, the parts we are all meant to play during our time on this earth, and the talent we are blessed to have in our midst as we get through this thing called life.

Crystal L. Keels, Ph.D., is Vice President of Content and Communication for stemmed.™, an Atlanta-based diversity and inclusion startup company. She also has served at UNCF Special Programs Corporation as Deputy Director for the Institute for International Public Policy.