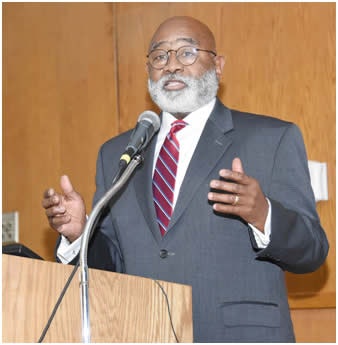 Grambling State University, the public historically Black college (HBCU) in northern Louisiana, Thursday lost its third president in less than two years, when Dr. Willie D. Larkin resigned the post amid widespread reports that he was facing being fired by the University of Louisiana System Board of Supervisors.

Larkin, who came to Grambling last June from serving as chief of staff for the president of Morgan State University, soon fell out of favor with the Grambling community, already unhappy with constant budget cuts by former Governor Bobby Jindal, actions critics say fueled the institution’s decline in enrollment. Larkin had taken over for Dr. Cynthia S. Warrick, who had served a rocky one-year interim term that ended in July 2015.

By February, Larkin had been given a ‘no confidence’ vote by the university Faculty-Senate. By early this month, he was being widely criticized within the Grambling community for taking a trip to Cuba with the Morgan State choir. Once pictures circulated via the Internet, Larkin said the visit was part of a recruiting trip.

The University Board of Supervisors made no statement regarding its next move about Grambling’s leadership. There have been reports, however, that the board had approached Richard ‘Rick’ Gallot Jr., a well-known attorney in the region. Gallot is a graduate of Grambling and the Southern University Law Center. His added value to the institution is his political record of having spent more than a decade in the state legislature representing districts in northern Louisiana.

Also, his mother, Dr. Mildred Gallot, served on the state board of supervisors. Her term was not extended by then Governor Jindal who was widely regarded by Grambling supporters as having little interest in the institution.

Attorney Gallot was handling a trial Thursday and could not be reached for comment.

Compared to Larkin and his most recent predecessors, the Gallot name in the Grambling region is as established and well regarded as that of the late Eddie Robinson, the university’s legendary football coach.

Gallot will get some help in rebuilding state stature, observers say, as the state’s new governor John Bel Edwards, already has visited the institution several times since he took office earlier this year. Jindal had built a reputation for bypassing Grambling when he made trips to the area, opting to visit nearby Louisiana Tech.

Beyond his statehouse connections, Gallot will have much work cut out for him, however, those observers say. With pressure on state higher education leaders to cut costs and raise standards, Gallot will inherit challenges that cut short the tour of his two most predecessors.

During the eight years of Jindal leadership, the state has significantly trimmed its support of higher education. Meanwhile, Grambling alumni continue to lag the nation in financial support of the institution to help close the gap created by the loss of its historical funding.

The loss of a president at Grambling further muddles the outlook for historically Black colleges and universities as these institutions continue the churning of leadership during a time when stability is needed most. At least half a dozen HBCUs are searching for presidents, some having lost a new leader over the course of just a matter of months or few years.

Historically, HBCU’s were like most institutions of higher education. They were known for stable leadership in the administrative ranks, with more than a handful of presidents serving several decades.