The Florida A&M University Board of Trustees has for the second time this summer rejected a proposal to extend the contract of the historically Black institution’s president, Elmira Mangum. 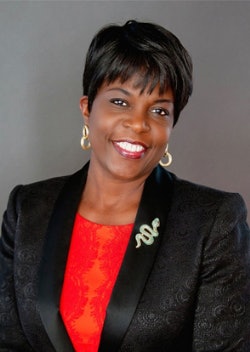 The board voted 7-5 Wednesday against extending her contract. Without an extension, Mangum’s contract expires in April of next year.

The board, however, did agree to create a task force to continue to work with Mangum and try to find a path forward. Mangum has previously cited concern that assessments of her performance did not include metrics.

The vote followed by a report Tuesday in the Tallahassee Democrat that highlighted Mangum’s travel expenditures ― a point of contention between Mangum and the board ― in light of her asking FAMU administrators to make $10.5 million in budget cuts as the university is facing declining enrollment.

Mangum was hired as a “change agent” in April 2014 and was expected to help FAMU regain its way after having been rocked by fallout from the November 2011 hazing death of its Marching 100 band member Robert Champion.

However, Mangum ― the first female permanent president in FAMU’s nearly 129-year-old history ― and the board have had a tumultuous relationship nearly from the start. Last October, two emergency board meetings votes to oust her resulted in votes of 7-5 and a 6-6 deadlock, allowing her to remain in office. In June, the board was expected to vote on her fate but declined to take action.