As the Obama administration draws to a close and the nation prepares to select a new president, historically Black colleges and universities leaders reflected on the past and future of the HBCU community at the annual HBCU Week conference, held in Arlington, Va. 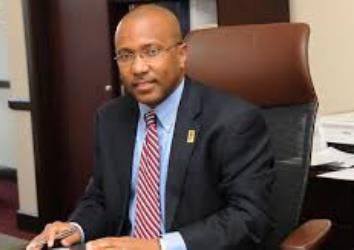 Delaware State University President Harry L. Williams said foundations that have contributed money to colleges want “you to be able to show them that you’re delivering on your promise, as it relates to serving the community.”

The HBCU community has seen notable ups and downs over the past eight years, precipitated by the Great Recession and changes to the Parent PLUS loans, which resulted in a loss of tuition dollars and a decline in enrollment at many schools. Some schools, such as St. Paul’s College, were forced to close their doors. Others struggle with ongoing fiscal issues that threaten their viability.

Yet the community continues to forge ahead and shows signs of rebounding. Students are applying to HBCUs with a renewed enthusiasm that mirrors pre-2008 application levels. Spelman College saw a record 7,868 applicants this spring. A further 18,000 students applied to Howard University, an unusually high number for the institution.

“Despite the adversity that we have faced and reduced funding that we have received, we will continue to move forward as we always have,” Dr. William Harvey, president of Hampton University and chair of the White House Initiative on HBCUs, said at the HBCU Town Hall on Monday. “We will move forward because we know and believe that our cause is just.”

The comparatively rapid turnover among HBCU presidents compounds fiscal problems, Lezli Baskerville, president and CEO of NAFEO, said at the Town Hall. On average, HBCU presidents stay at their institution for three years. By contrast, presidents at predominantly White institutions stay for an average of seven years, she said, adding that the instability in leadership poses challenges to consistent governance.

Revolving doors in the president’s office are a product of the same basic problem, said Dr. Michael Lomax, UNCF president. “If you scratch beneath the surface of what the biggest challenge facing many of those presidents is, and the dissatisfaction or the decision to bring in a new president, it’s financial,” he said. “It is a question of how you get the resources to do the work that is expected.”

While the financial issues facing many HBCUs are real and not to be glossed over, others are changing the narrative. Delaware State University (DSU) concluded its successful Greater Than One capital campaign earlier this month. The institution raised more than $20 million in five years and boosted its endowment from $20.3 million to $27.2 million over the same timeframe.

At a morning panel following the Town Hall discussion, DSU president Dr. Harry L. Williams said that overcoming the naysayers was the first step. “When we started our campaign, we had all the experts come in and tell us, ‘You can only raise $10 million over a 10-year period,’” he said. “We just ignored all of that.” In the end, the Greater Than One campaign was able to contribute $9 million to the endowment and student scholarships, and the remaining $11 million to student programming and other areas intended to impact student success.

Raising money on that scale involved connecting with foundations that the university had fallen out of touch with, Williams said. The university received a $1.2 million grant from the Bill and Melinda Gates Foundation in 2015, the result of long and patient efforts to connect with the organization.

Foundations “don’t like to just give you money and then walk away,” Williams said. “They want to be connected with you and for you to be able to show them that you’re delivering on your promise, as it relates to serving the community.”

Earlier on Monday morning, Department of Education secretary John King highlighted the historic significance of HBCUs. For more than a century they were one of the few avenues to an education available to the Black community.

“We have to see the role of HBCUs as embedded in that history, as leverage points for transforming our society for the better,” King said. “Whether it’s training teachers or training the next generation of STEM leaders, HBCUs will be fundamental to the success and well-being, not only of the African American community, but our nation.”