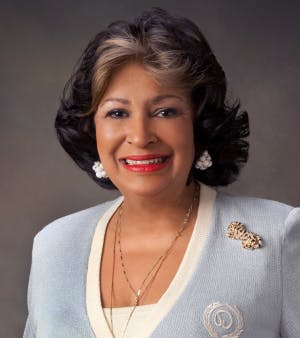 Over the last five years, JSU’s cash on hand has plummeted from $37 million to $4.2 million as of June 30. Meyers has defended her spending decisions, citing growth and upgrading facilities as the biggest expenditures. The university also had announced a plan to replenish its cash reserve by $10 million in the current fiscal year by controlling expenses.

Boyce and Mississippi’s College Board President Dr. Doug Rouse, however, said Meyers had been responding inadequately to questions for years.

“I wish Dr. Meyers well,” Boyce told The Associated Press. “I appreciate the service she has provided for the university.”

Last Thursday, the trustees had announced that an accounting firm had been hired to oversee JSU’s finances and that the board had denied the university permission to negotiate with a private firm to build dormitories. In the wake of the public intervention, Meyers had denied she would resign.

That changed, however, on Tuesday with Meyers’ resignation letter saying she was leaving “out of genuine love of and pride in the university.” According to the Jackson Clarion-Ledger, Meyers wants the leave she has accrued plus an extra 30 days’ pay in accordance with JSU policy. Boyce said Meyers is paid $270,000 a year, making a month’s pay $22,500.

The Clarion-Ledger reported that former U.S. Secretary of Education Rod Paige, a JSU graduate; former JSU Provost James Renick, who was brought in by Meyers but resigned his position; and Elayne Hayes-Anthony, chairwoman of JSU’s Department of Mass Communications, have been mentioned as possible interim president.