Dr. Eduardo Padrón reached another milestone in his celebrated career in higher education when it was announced Wednesday that he will receive the Presidential Medal of Freedom, the nation’s highest civilian honor. 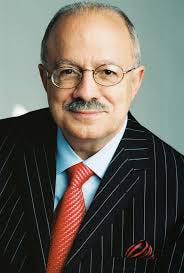 Padrón, president of Miami Dade College (MDC) for the last 21 years, will get the award from President Barack Obama at a White House ceremony on Nov. 22.

“I am humbled and so grateful to the President for this special honor,” Padrón said in a statement. “This award truly is an affirmation of Miami Dade College and the life-changing work that takes place every day at our campuses and classrooms.

“This recognition is also for every professor, administrator and staff member who has stood by my side during the last four decades, pushing forth our mission to change lives through education. And I especially dedicate this honor to the millions of students who found an open door to opportunity at Miami Dade College and gave me the chance to make a difference in their lives.”

MDC is the largest traditional college in the nation by enrollment, with more than 165,000 students. Padrón, who arrived in the United States as a refugee from Cuba at the age 15, has been at the helm during its explosive growth and has been the driving force behind MDC’s perennial position as the leading institution in terms of African-American and Hispanic students — many first-generation college attendees — attaining associate degrees.

Six U.S. presidents, including Obama, have appointed Padrón to national leadership roles in higher education. He also has served as the chair for the American Council on Education and the Association of American Colleges and Universities, among numerous other boards.

Padrón, recipient of the 2015 Diverse Champions Award, told Diverse last year that MDC “is a dream factory where a student can come and achieve their dreams, and that’s how you create an equalized community.”