Omarosa to Represent Trump at NAFEO’s Presidents and Chancellors Briefing

Presidents of the nation’s 106 historically Black colleges and universities (HBCUs) are set this weekend for a dialogue on the impact of this year’s elections, one that will include an emissary of President-elect Donald Trump. 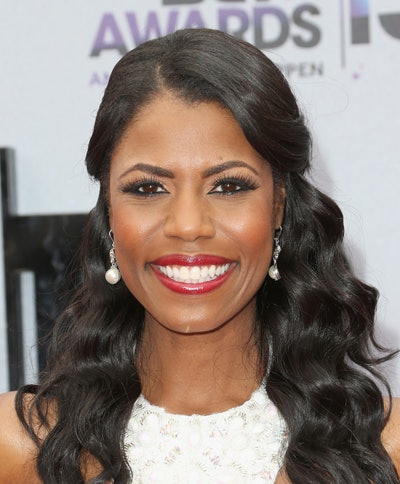 “This is a good signal,” says Lezli Baskerville, president and chief executive officer of the Washington-based National Association for Equal Opportunity in Higher Education, speaking of the expected participation of Omarosa Manigault — a senior adviser to Trump — in NAFEO’s annual Presidents and Chancellors Brunch Briefing.

The brunch is set for Sunday at the Atlanta Marriott Marquis Hotel in Atlanta.

The brunch, held in conjunction with the fall meeting of the Southern Association of Colleges and Schools Commission on Colleges, this year focuses on the impact of last month’s national elections on NAFEO institutions and communities.

In addition to Manigault, who is widely known as a contestant on the first season of Trump’s The Apprentice television show and a professor at Howard University, other participants will include Elroy Sailor, co-founder and managing partner of JC Watts and Associates, and Jose Minaya, a senior managing director and president of TIAA Global Real Assets.

The Watts firm has represented several HBCUs over the years in their pursuits of Washington relations, says Baskerville. TIAA is one of the nation’s largest financial resources for educators, she said, in offering ideas of the breadth of the brunch participants’ viewpoints on the impact of last month’s elections.

Baskerville said the presidents will be free to question all brunch guests about their thinking on the impact of the elections. Manigault’s thoughts might attract added attention, she acknowledged, as the gathering may be the first formal session since Trump’s election between higher education executives and an official Trump emissary.

“As a senior adviser to President-elect Trump, the HBCU community was deemed a significant and important stakeholder for the realization of the next administration’s policies and interests,” says Baskerville.

Baskerville said the organization is “excited and delighted” the Trump administration had designated someone to meet with the presidents who has a “long and rich” connection with HBCUs. A graduate of Central State University in her home state of Ohio, Manigault has further studied at several HBCUs including Howard. Manigault served as Trump’s director of African-American outreach during his presidential campaign.

NAFEO members have been abuzz since the election trying to get a sense of Trump’s agenda, one that painted an agenda with broad strokes, not detail.

Still, educators have not been mute since the elections in making appeals to Trump on several fronts, especially with letters urging him to call for people to resist uncivil behavior and disrespect of one another. Trump’s responses have been mixed, none as decisive as the fiery rhetoric he voiced during the election campaign.