Congressman to Invite All HBCU Presidents to Capitol Hill

Dozens of presidents of the nation’s historically Black colleges and universities (HBCUs) are expected to converge later this month upon the nation’s capital as guests of a Republican House leader who hopes the gathering will help introduce the institutions to his colleagues who have no idea of their history.

Rep. Mark Walker, who represents the congressional district in which North Carolina A&T University is located and whose wife is a graduate of Winston-Salem State University, is this week sending formal invites to the nation’s HBCU presidents to attend a Capitol Hill ‘Fly In.’ 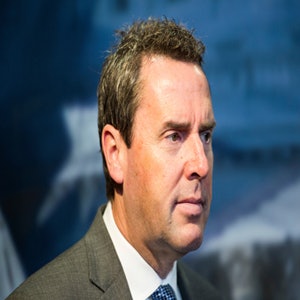 The Fly In is set for February 28, the same day of President Donald Trump’s first State of the Union address to Congress and the nation, according to the Congressman’s office and others associated with organizing the gathering.

House Speaker Paul Ryan of Wisconsin has indicated he will participate in the gathering, indication that once the event’s plans are confirmed, more lawmakers are likely to respond to the call from Walker who also chairs the House Republican Study Committee. In addition to Ryan confirming his participation, Sen. Tim Scott of South Carolina has been confirmed as a special guest speaker.

“We’re trying to spark and facilitate conversation,” says Walker spokesman Jack Minor, hastening to stress that the congressman hopes to help expand recognition of the history and the role HBCUs play in the nation’s higher education community.

Minor, echoing others whose job is to stay in touch with interests of political leaders and voters, says Walker felt the Fly In was important to move HBCUs to the discussion table for the nation’s new president and the new leaders of the national government.

The agenda is still evolving, says Minor, who explained save-the-date notes have been sent to a handful of those expected to receive formal invites this week. In the meantime, he says, early response to the idea has been quite positive. There are signs the White House may plug into the Fly In plan.

Already, the Thurgood Marshall College Fund (TMCF), the nonprofit, nonpartisan Washington, D.C.-based organization that helps raise funds to pay for needy students to attend HBCUs, is hoping to add a second day to the Fly In. During the second day, its client institutions can network and brainstorm on how to navigate and make pitches to President Trump and his new team leaders at the various agencies of government that award billions of dollars each year to higher education institutions in the form of grants, loans, and federal contracts for research and development. As an incentive, the TMCF is planning to pay the travel expenses of presidents who want to stay.

The Fly In also includes a special visit for the visiting presidents to the Smithsonian Institution’s new National Museum of African American History and Culture. The museum, which opened last fall, has become a key Smithsonian attraction. Last week, when it released more than 100,000 tickets for tours in May, they were all taken in a matter of hours, museum officials said.

While the Congressional Black Caucus has each year had special events on Capitol Hill during its annual legislative weekend, the planned Fly In is aimed toward a significantly different audience. These lawmakers and their key aides who know little, if anything, about HBCUs, the collection of institutions mostly in the South that were created in the mid- and late 1800s to provide training in English to Blacks, most of them slaves freed just before and after the U.S. Civil War.

“I am a teacher and professor by vocation and I feel there is a lot the Republican leadership needs to learn from me and other presidents, which would allow them to make better and more just decisions about our students and their higher education needs,” said Wilson, echoing peer presidents contacted about the Fly In.

Presidents at several other institutions who have heard about the planned gathering said the idea was good and timely, noting the White House is still working on its first proposed budget to be presented to Congress.

Hampton University President William Harvey Jr., chairman for the past eight years of the White House Initiative of HBCUs, said he would attend the gathering, if invited. Currently, among the longest-serving college presidents (nearly 40 years), Harvey says such a gathering would provide university presidents a needed opportunity to express their needs, desires and abilities to help.