Dr. Elmira Mangum, former president of Florida A&M University (FAMU), will join the University of Pennsylvania this April, where she will research leadership pathways at HBCUs. Her work will be based out of the Penn Center for Minority Serving Institutions (CMSI) and the University Pennsylvania Graduate School of Education (GSE). 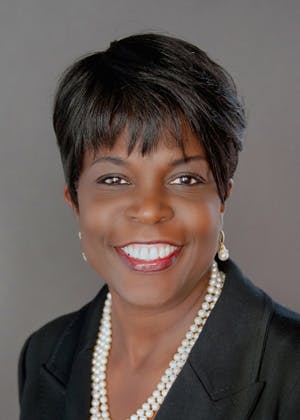 Mangum was not available for comment on Tuesday, but said in a statement that being at CMSI, “will facilitate discussions and help to provide a better understanding of the issues facing HBCUS.”

“These discussions should lead to research that tackles the underlying issues and creates solutions that address the leadership challenges ahead in higher education,” Mangum added. “Of particular interest to me is how we advance the agenda for financial support and educational leadership for HBCUs and women of color around the country.”

Mangum was the first and only woman to lead FAMU over the course of its 129-year history. She joined the historically black university in 2014 after more than 28 years in administrative leadership positions at majority White institutions. Prior to leading FAMU, Mangum was the vice president for budget and planning at Cornell University from 2010 to 2014. She served as the associate provost at the University of North Carolina at Chapel Hill for nine years, among other positions.

Gasman said that Mangum reached out to her about spending half of a sabbatical year at Penn after the FAMU board of trustees voted in August 2016 to not extend Mangum’s contract. Mangum joined the FAMU as a “change agent” after several years of turmoil at the university, which was hit hard in the aftermath of the hazing death of Marching 100 band member Robert Champion in 2012.

Yet despite overall positive reviews, the board found fault with Mangum’s leadership style and voted her out, offering her a year-long sabbatical starting in April 2017, when her contract was set to expire, and the choice of returning to the university in 2018 as a professor.

Mangum is not the only HBCU leader to have their presidency terminated by a dissenting board of trustees over the past twelve months. Alabama State University (ASU) and Morehouse College  faced a similar quandary. The  Morehouse board of trustees voted to not renew the contract of Dr. John Silvanus Wilson, president and former executive director of the White House Initiative on HBCUs in January.

At ASU, the board suspended the presidency of Dr. Gwendolyn Boyd in a special vote November, saying that she had lost their confidence. Boyd, like Mangum, came to ASU in 2014 after a long career at a majority White institution, but ran up against issues with the board from the start. The board notably included a stipulation in Boyd’s contract that she may not have romantic partners “cohabitate” with her in the president’s residence, among other actions. Such stipulations are virtually unheard of.

Abrupt changes in leadership raise concerns for prospective presidents, Gasman said. “I think that there is some hesitancy from people about wanting to lead HBCUs, because of the abruptness of some of these decisions – presidents’ contracts not being renewed by the board or presidents abruptly resigning,” she said.

Gasman noted that 17 of the nation’s 105 HBCUs are currently experiencing a leadership vacuum. She added that HBCU presidents typically serve shorter terms than their counterparts at majority White institutions.

“So many things are changing so rapidly that it’s important to have solid leadership in place,” Gasman said.