LGBTQ College Presidents: Work Not Over for Those Who are ‘Out’

When Dr. Raymond E. Crossman, president of Adler University, first helped to launch LGBTQ Presidents in Higher Education back in 2010, it began with only a dozen or so members. 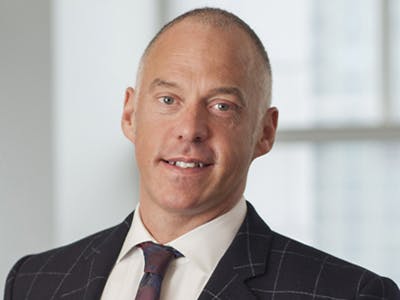 Today, as the organization plans to hold its third annual leadership institute in Seattle, Washington, from June 23 to 25, the organization boasts a membership of more than 80 leaders from campuses throughout the United States.

Crossman says the growth of the organization comes at a time of greater societal acceptance and recognition of the LGBTQ community as a whole.

“I think that is one of the largest shifts that we’ve seen in modern history, the changing of attitudes around LGBTQ people,” says Crossman, who is co-chair of the organization.

Indeed, in 2010, 48 percent of adults in the United States opposed gay marriage and 42 percent favored it. As of 2016 — the year after the 2015 Supreme Court decision that required states to allow and recognize same-sex marriages — those numbers shifted to 55 and 37 percent, respectively, according to the Pew Research Center.

“Those numbers have swung fast and hard,” Crossman says. “So there have been great gains in the past few years.”

The shift in public attitude is part of the larger context in which LGBTQ Presidents in Higher Education continues its efforts to empower LGBTQ individuals in academe to navigate their way toward leadership positions and, ultimately, to presidencies at institutions of higher education.

Sometimes, it can be an awkward experience, even for those who have made it.

Consider, for instance, what took place when Grinnell College President Dr. Raynard Kington, an early member of LGBTQ Presidents in Higher Education, and his spouse, Dr. Peter Daniolos, a professor of child and adolescent psychiatry at the University of Iowa School of Medicine, arrived on campus.

“Then I came, and it took them seven years before they finally asked my spouse if he would be willing to get involved,” says Kington. “He said fine. He’s happy to be involved. He’s going to be chair of the Ladies Education Society.”

Kington says he doesn’t think the lag in invitation was hateful on the part of the Ladies Education Society and was likely driven by sensitivity or uncertainty over how to approach the matter.

“I think once they got to know Peter more, they thought, ‘Oh, he wouldn’t have a problem,’ and he didn’t,” Kington says. “But it’s another layer of complexity that’s compounded by the fact that so few LGBTQ folks have been presidents.”

“Almost everyone is a first now,” Kington says of college presidents who are openly gay. “There’s no culture [for LGBTQ presidents], and colleges are whole communities that have been ones of tradition and informal rules and they’re complex social organizations.”

“I just think it adds another layer, I’m sure,” he says of colleges being led by gay presidents.

Given such complexities, Kington says LGBTQ Presidents in Higher Education is an organization needed to help aspirant LGBTQ individuals in academe advance to the top.

“We may be less likely to be mentored in ways that lead to presidencies, not unlike women and people of color,” Kington says. The organization, he says, can help ensure that “people who have the potential to be great presidents don’t fall between the cracks.”

She notes that the organization has worked to “support, encourage and inform the pipeline and processes surrounding the cultivation, recruitment and selection of future leaders in higher education, including presidents.”

“Colleges and universities must have the very best leaders, which include leaders who are LGBT,” she adds.

Historically, prospective LGBTQ leaders in higher education “would not have pursued such highly visible positions and quite frankly would probably not have been considered,” she says. “We are fortunate to be in a time when increasingly more colleges and universities are willing to throw away any historical bias and stereotypes and truly recruit and hire the best person for their institution.”

Crossman adds that it has been empowering for LGBTQ individuals to be able to “come out” during the search process — something that he says historically might have cost them the position.

“It’s important to us that the organization is clear who we are as people and as leaders, and for many organizations, it’s been a point of pride that they hired from a diversity category that’s not been well represented in the presidencies of higher education,” Crossman says. “So that’s a big celebration coming in as a gay or lesbian or trans person within the presidency.”

Whitney says the organization has done much to make the world of higher education more hospitable to the LGBTQ community.

“Simply creating and making known nationally that the organization existed in and of itself created the space for a much-needed national dialogue and discussion,” Whitney says. “As the discussions and dialogues continued to grow, we began seeing changes to other organizations throughout higher education.

“There has been a cascading positive effect on higher education and a greater openness in support of LGTBQ leaders and presidents.”

When the organization meets in Seattle in June, panelists plan to devote considerable time to the topic of removing barriers for LGBTQ members of academe. More specifically, topics range from how to deal with the search process for a college president to how to navigate leader-spouse relationships.

“It’s a very unique setting for gay leaders in the academy to come together and support each other,” Crossman says of the organization’s upcoming leadership institute.

Seattle Mayor Ed Murray is slated to deliver a keynote address at the event. The conference culminates with the organization’s participation in the Seattle Pride Parade. Crossman says he will carry a sign that states: “I’m the president of Adler University and I’m Out.”

It’s important to consider what LGBTQ individuals bring to a college or university presidency, Crossman says.

“We bring a unique leadership style, I believe, in some ways, and like any marginalized person, we think beyond the status quo,” Crossman says. “We’re always looking for the voice that hasn’t been heard. We’re always looking for out-of-the-box solutions, because growing up, you had to think out of the box being in a marginalized group, so we bring a lot of talents to the organization.”

He adds: “Growing up gay or lesbian in general we have an experience that’s really relevant for wanting to make sure that campus communities are not only diverse but inclusive and that our communities are places that are welcoming and that honor all manner of diversity and differences.”