WASHINGTON – As colleges and universities seek to increase diversity in top executive positions, chief diversity officers should not be overlooked for the presidency, according to diversity experts who have organized  a professional development event this week to coach CDOs who aspire to become CEOs.

The inaugural Chief Diversity Officer (CDO) to Chief Executive Officer (CEO) Institute, which began Wednesday and ends Friday, was planned by CoopLew founders Dr. Ken Coopwood, Sr. and Dr. William T. Lewis, Sr. as one of the company’s evidence-based programs designed to promote diversity, equity and inclusion in higher education by strengthening CDOs in their current roles and helping them prepare for higher positions in the academy. 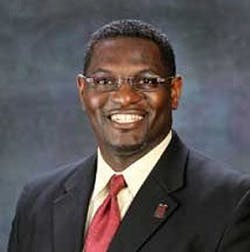 “The CDO has the same type of footprint across the university landscape as the university president because CDOs work across multiple constituencies and peer groups,” said Lewis. “The role should be seen as an executive leader and a pathway to president. The next paradigm is engaging with search companies and boards of trustees to get them to recognize the talent pool in CDOs.”

This week’s gathering, which follows a CDO boot camp in Greensboro, N.C. in February and a skills-set symposium in Indianapolis in September, is supported by partners Association of Public & Land-Grant Universities, Academic Search, the TIAA Institute and Diverse.

Attendance has steadily grown, from a dozen CDOs and diversity professionals at the first event to 21 at the second and 30 at this week’s institute, said Lewis.

The lineup this week has included presentations and panel discussions by nationally recognized higher education leaders and other experts on topics such as analyzing the academic leadership pool, legal issues, dynamics of successful fund-raising and understanding the role of trustee boards.

For CDOs open to leading a community college, there are ample opportunities because about 250 presidencies are becoming vacant each year, said Dr. Walter Bumphus, a former CDO and president and CEO of the American Association of Community Colleges.

In a session Wednesday titled “Considering Leadership Opportunities in Community Colleges,” Bumphus noted that about 35 percent of all community college presidents are women. Community college presidents are grappling with a number of key issues, he said, such as student success and completion, enrollment decline, accreditation, leadership crisis, the climate around diversity and inclusion on campus and immigration issues. 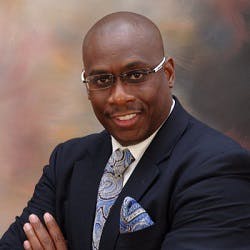 It’s critical to understand how the culture at community colleges, where the main focus is on teaching, is different from four-year institutions, where research is strongly emphasized, Bumphus said.

But it’s also important, he added, to create partnerships, programs and pathways that address equity issues such as the gap in transfer student success rates.

There’s also a wealth of data that can inform expectations of CDOs seeking to become CEOs, said Dr. Lorelle Espinosa, a diversity scholar who studies equity and inclusion as Vice President for Research at the American Council on Education.

In a session titled “Why Not You As a CEO? Analyzing the Academic Leadership Pool,” Espinosa shared survey results that indicated presidents spend most of their time on budget and financial management, fundraising and managing a senior-level team, in that order. The biggest challenges they cite are not enough money, faculty resistance to change and lack of time to think, she said, while listing the most legitimate performance measures as retention rates, graduation rates and minority student outcomes.

The time is ripe for CDOs to seriously look at CEO opportunities as historic numbers of presidents are expected to step down in coming years and student populations continue to diversify, Espinosa suggested. Although the profile of the average college president is a 62-year-old White male, 2016 saw women constituting three in 10 college presidents and people of color making up one in every five.

From 1986 to 2016, Espinosa noted, women progressed from 9.5 percent of presidencies to 30.1 percent while the percentage of presidents of color rose from 8.1 to 16.9. But disparities continue in spite of the advances, with White women holding 25 percent of college presidencies, men of color with 12 percent and women of color at just 5 percent, she said.

“I don’t want to be ‘Debbie Downer’ here, but that’s the state of it,” said Espinosa. “We would like to see parity, and we want to see it across the board. The leadership needs to look like the students.”

The institute ends Friday with presentations about presidential reflections on diversity in higher ed, what presidents need to know about accreditation, understanding and managing the search process and a lunch address titled “Moving Across the Sectors of Public and Private Institutions” by Dr. Tuajuanda Jordan, president of St. Mary’s College.

Cooper, who has been a CDO and CEO, said he still feels the “zeal and energy” when CoopLew was launched earlier this year with the mission of helping CDOs as transformative leaders and creating a developmental pipeline for them to assume more senior leadership positions on campuses.

It’s a challenging role, he added, with CDOs being viewed as “the savior and the scapegoat.”

“We need you at the top of academic institutions,” he told CDO attendees, “with your head and with your heart, to do what’s right.”