Dr. Herman James Felton Jr., who grew up in poverty and with dyslexia, beat all odds and earned a Ph.D. from Jackson State University and has become one of the youngest presidents of a historically Black college and university (HBCU).

His story from poverty to college president was chronicled in the Clarion Ledger.

Felton was the third child born to a 17-year-old mother and was raised in an impoverished household. His grandmother died when his mother was only 13, and his grandfather was heartbroken. 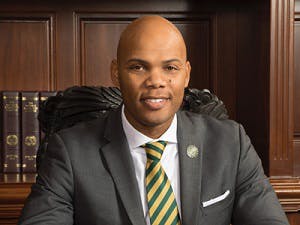 “For 146 years, Wiley College has been a continuum of excellence in the civil rights space and liberal arts education, and I want to continue as my 16 other predecessors did, which is doing what the United Methodist Church and the school believes to be essential to Americana and that is producing good human beings that transform the world and the people they encounter,” he said.