Hampshire College president Dr. Miriam “Mim” Nelson announced her resignation on April 5, citing that staying in the position would be a “distraction” from efforts to reverse the college’s financial struggles.

“So long as I were to remain president of Hampshire, the community’s feelings about me would be a distraction from the necessary work,” Nelson said in a letter to the campus community. “I am confident a new leader will work within a more favorable environment and find the path to daylight that has eluded me.” 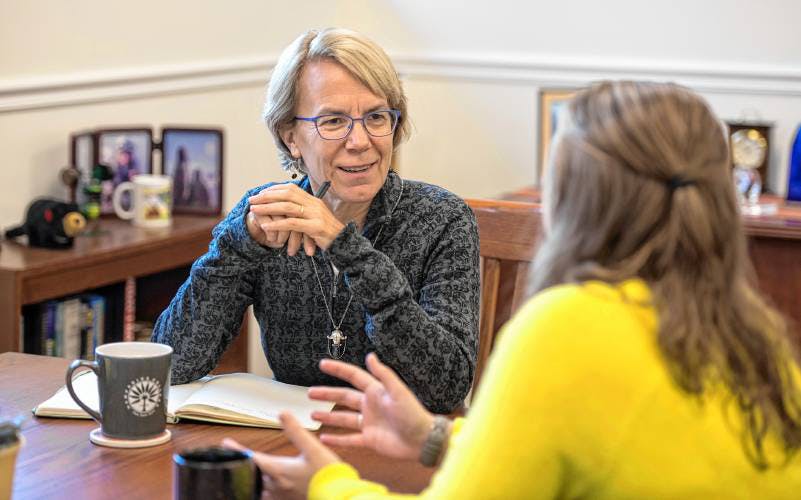 Kim Saal, the vice chair of the Hampshire board of trustees also resigned. Hampshire board chairwoman Gayle Hill also recently announced that she was stepping down form her position, referring to the “vitriol” she encountered leading the college’s search for a partner to address its financial issues, according to the Daily Hampshire Gazette.

Hampshire’s board of trustees voted to name Dr. Ken Rosenthal as interim president. Rosenthal is one of the college’s founders, its first treasurer, a former trustee and Hampshire’s historian.

“Over the past twelve weeks I have tried to lay it all out there — to share with the community the same data shared with our board of trustees about Hampshire’s fragile fiscal position — so that everyone could understand why I so believed in the actions we have taken,” Nelson said.