Dr. Robert L. Barchi, Rutgers University’s 20th president, has announced that the upcoming academic year will be his last as president and that he will continue on as a member of the faculty. 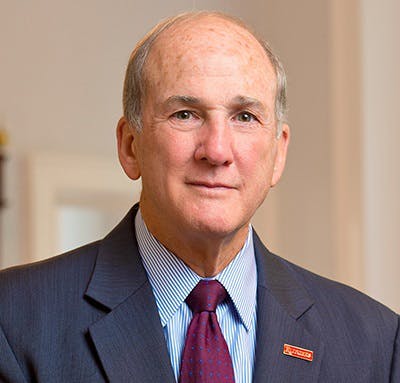 “It has been my privilege and pleasure to lead this community during the past seven years, and this will continue to be the case during my eighth and final year,” said Barchi.

During his presidency, which began in 2012, Barchi led the integration that created Rutgers Biomedical and Health Sciences and helped form New Jersey’s largest academic health system by overseeing a partnership with RWJ Barnabas Health.

Enrollment rose by 12,000, according to the school, and the number of degrees awarded increased 35 percent. The university also celebrated its 250th anniversary with a commencement address by former President Barack Obama.

“Under Bob Barchi’s leadership, Rutgers’ national rankings have risen, research at Rutgers has expanded overall and in critical areas, our student academic profile has enjoyed dramatic improvement, and the physical face of Rutgers has been forever changed,” said board of governors chair Dr. Mark Angelson. “We are delighted with his leadership and we are grateful that he will lead Rutgers for an eighth and final year.”