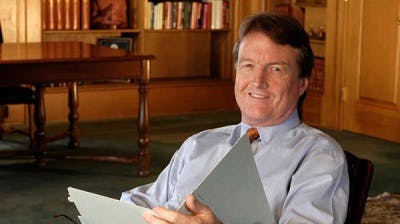 The University of Texas at Austin will rename its student activity center after William C. Powers, the school’s 28th president, who died in March.

Powers served as president from 2006 to 2015. Before his presidency, he was a law school professor for 40 years, and for six of those years he served as dean. After he stepped down as president, Powers continued to teach at the law school.

“Throughout his four decades on the Forty Acres, Bill was first and foremost a teacher and our students were always his highest priority,” said President Dr. Gregory L. Fenves. “So, there could be no greater tribute than to name the Student Activity Center at UT Austin for Bill, and to have thousands of students each year pass through the halls of the Powers Student Activity Center. It is a testament to his life and legacy.”

During Powers’ tenure, the university opened two new campuses and built 13 new buildings, including the student activity center in 2010. Powers was known as an advocate for higher education diversity. He aspired to raise graduation rates by 50 to 70 percent, and in 2018 they had improved by 69.8 percent.

The university will hold a ceremony for the rededicated student activity center in the fall.